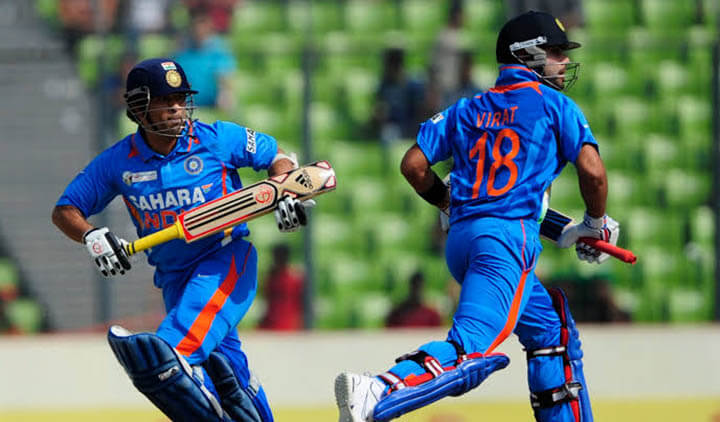 Virat Kohli is known as the new run machine after the era of the legendary cricketer Sachin Tendulkar ended a few years before.

The current Indian Skipper was coined as the heir to Sachin Tendulkar way earlier in his career. And rightly so, the Delhi lad has been able to live up to the expectations.

It may be a bit tough to compare these two batting legends as they played the game in diverse times.

Nonetheless, one thing that could be said with absolute conviction is that Virat Kohli has not let the Indian fans feel the void post the retirement of Sachin Tendulkar.

After Little Master called it a day, Kohli took the job on his sleeve and has been able to carry his legacy ahead. He has been exceptionally amazing in all formats of the game during the last 6 years. Virat is well on the verge of breaking a few of Sachin Tendulkar records.

Let’s have a quick look at 3 Sachin Tendulkar records that Virat Kohli could break in 2020!

In 242 ODIs played so far, Virat has 43 ODI tons. With 49 centuries, Sachin holds the record of scoring most number of tons in one-day cricket. With the entire year to go, Kohli has every chance to surpass this record.

2019 was not that great for him as he failed to convert many scores into 100s. Yet, he was able to score 5 ODI centuries.

If he is at his best in 2020, then there should be no doubt that he would be able to score those 7 centuries. Whenever he does that, it would take his less number of matches to achieve the feat.

Sachin took 463 ODIs to score 49 centuries. On the other hand, Virat has been able to score 43 tons in only a little more than 50% of the matches that his idol featured in.

Virat Kohli has 43 ODI hundreds, and out of those, 19 have come at home. Sachin Tendulkar is here again at the top of the list with most centuries scored at home.

Sachin Tendulkar had scored 20 tons on the Indian soil. Virat will only a couple of more 100s to go ahead and break the Sachin Tendulkar records’ of having more hundreds at home.

The swashbuckling right-handed batsman should be able to do that during some stage of his career in 2020. It is because India is poised to play enough games at home throughout the year.

India is set to host Australia for 3 matches and also play against South Africa and England each in 3 encounters at home. Even though these playing countries have got quality bowling attack, you can back Kohli to do that given the form that he is in.

He should be able to score 2 tons in 9 games provided he is in the flow that he loves to be in.

Sachin Tendulkar records’ at a glance

Sachin Tendulkar was arguably the prolific modern-day batsman. He hung his boot, but not before entertaining the audience and rewriting many batting records in Tests and ODIs.

Have a look at key Sachin Tendulkar records: 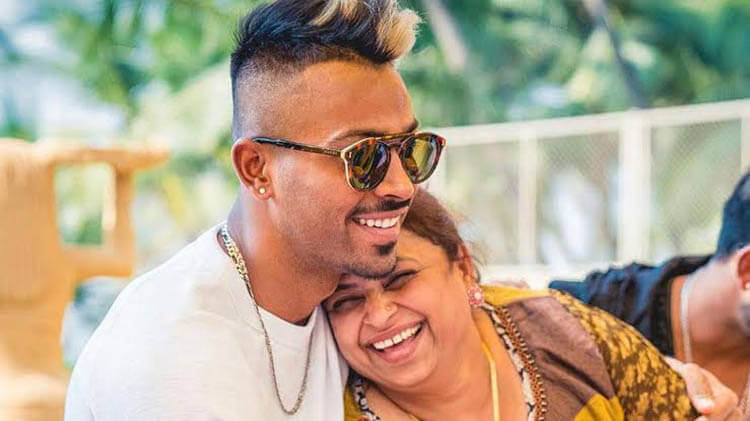 Hardik Pandya is an Indian all-rounder who plays for India & Baroda in Domestic Cricket currently He is also a key member of Mumbai Indians in the Indian Premier League (IPL) Hardik Pandya is known for his aggressive batting style and outstanding fielding skills He has also been able to... 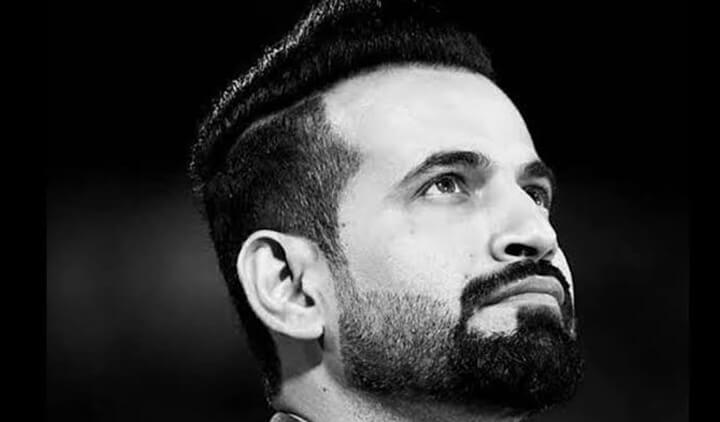 Irfan Pathan recently said bye to his professional career that spread across 2 decades He has announced his retirement from all formats of the game The left-handed seam bowler had emerged as the hope for India to fill the all rounder role during the mid-2000s Irfan continued with his career... 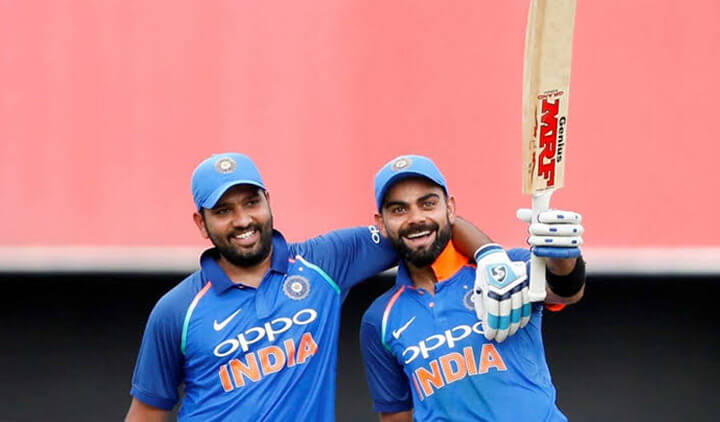 One Sharma is known as ‘The Hitman’ and Kohli is known as the modern-day master And when these two are playing, every bowling attack looks helpless and dealt with ease The opposition Captain also doesn’t have any clue to tackle the duo Rohit Sharma and Virat Kohli have emerged as two of... 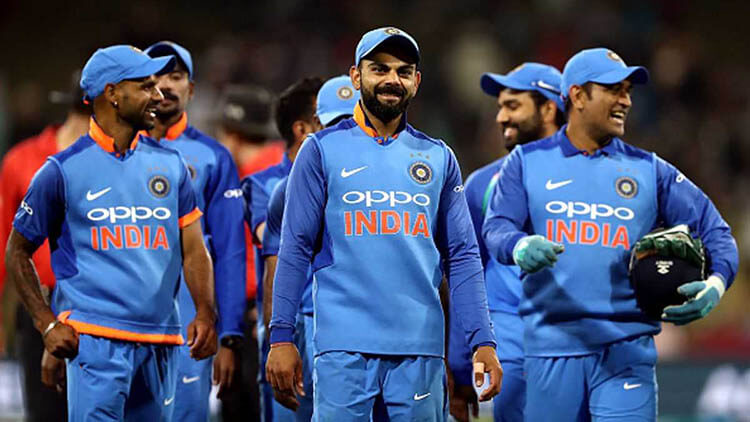 Indian Cricket Rewind 2019 and Much More

2019 has come to an end and going by ups and downs in the Cricketing world; it was not a bad year at all for Indian Cricket The Indian Cricket Team went on to win at the home soil and away – the side also registered first-ever Test Series Win Down Under However, if you are a fan who has... 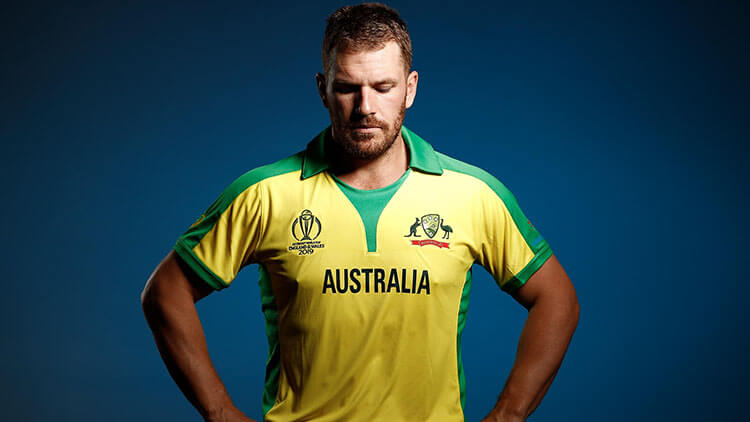 IPL 2020: Aaron Finch becomes the first player to be a part of 8 IPL franchises

The IPL auction has ended on 19th December, and there have been many buys that have raised eyebrows Other than the 48-year Pravin Tambe still getting a contract, Aaron Finch, the Australian opener also made a record at this year's IPL auction Royal Challengers Bangalore (RCB) signed up the... 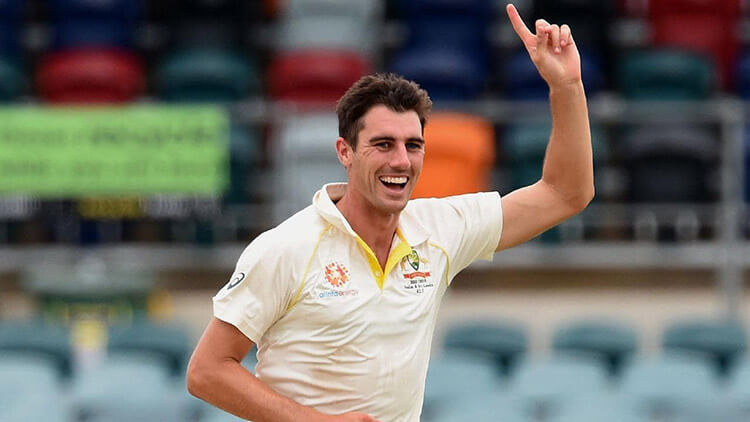 It’s no secret anymore that Pat Cummins, the fast bowling sensation of Australia is the biggest buy at IPL auction, which was held on 19th December in Kolkata Pat Cummins was picked by two-times Champion, the Kolkata Knight Riders (KKR) at an astronomical amount of Rs155 crore During one... The Chairman of Delhi Capitals (DC), Parth Jindal recently revealed on getting on board Shimron Hetmyer during one of the breaks in IPL auction 2020 in Kolkata on Dec 19 Jindal was of the opinion that the franchise could not sign Glenn Maxwell in the auction Hence, they had to make sure to get...

This year’s IPL 2020 Auction, had a lot of hype around it, as it was filled with surprises In this year’s Auction, there were around 338 players available, out of which 62 players were bought by the 8 Franchises in total This year, we also saw Aussie players & new young uncapped players... 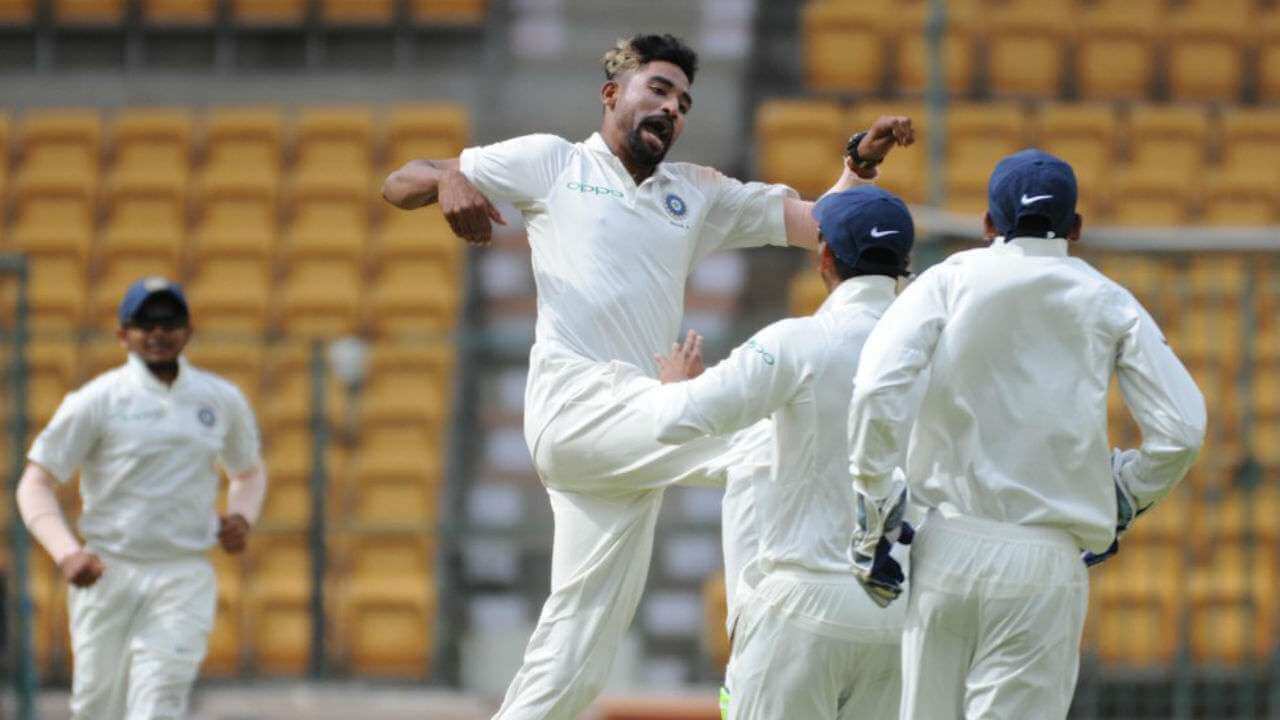 Mohammed Siraj: I need to be in Top shape to bowl with pace and skill

Passion for the game and a never-ending quest to feature in the Indian Cricket Team has forced pace bowling sensation Mohammed Siraj to do away with his favorite dish Biryani Mohammed Siraj has stopped gorging on Biryani, and it now features as his cheat meal Yes, it has been tough for the... Rishabh Pant went on the right knee and hit the first delivery over the long-on boundary in the 1st Ind Vs WI T20 Series opener in Hyderabad It was a clean hit and settled the anxious nerves of Pant’s coach, Tarak Sinha Over a period of 4-5 months, Rishabh Pant has been a trending topic in... 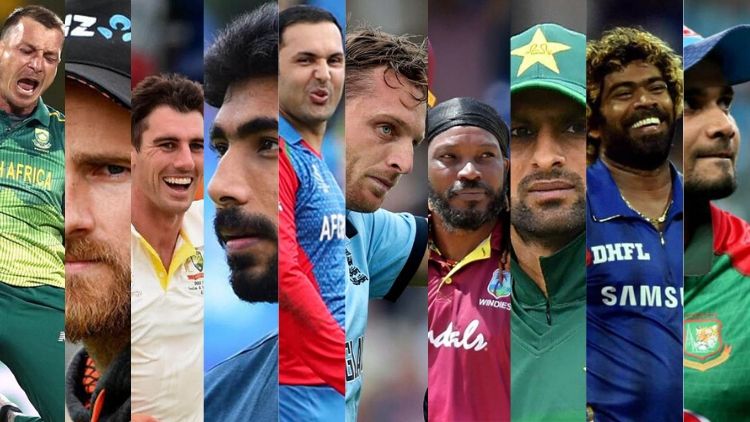