There were speculations that the channel would take over the media rights and those rumours have finally become true now. Fans can now move over to Sports 18 to catch the live coverage of the age-old football tournament.

The 131st edition of the Durand Cup is slated to begin on 16th August 2022 and will be played across three cities: Kolkata, Guwahati and Imphal.

The highly-anticipated Kolkata Derby was initially supposed to be the inaugural game of Durand Cup in this season. However, the high-octane game has been shifted to 28th of August. The curtain-raiser of this tournament will be played between the champions of last season and the runners-up of last season.

FC Goa who were the champions last season will square off with Mohammed Sporting Club who were the runner’s up last season. The match will be taking place at the iconic Salt Lake Stadium in Kolkata.

I-League winners Gokulam Kerala FC will not take part in this year’s Durand Cup for a few reasons. Sudeva Delhi will be replacing them in the tournament. 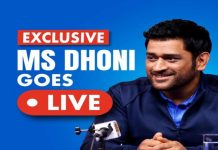 What Is Dhoni’s Major Announcement For Today 2 PM? Is He Quitting IPL