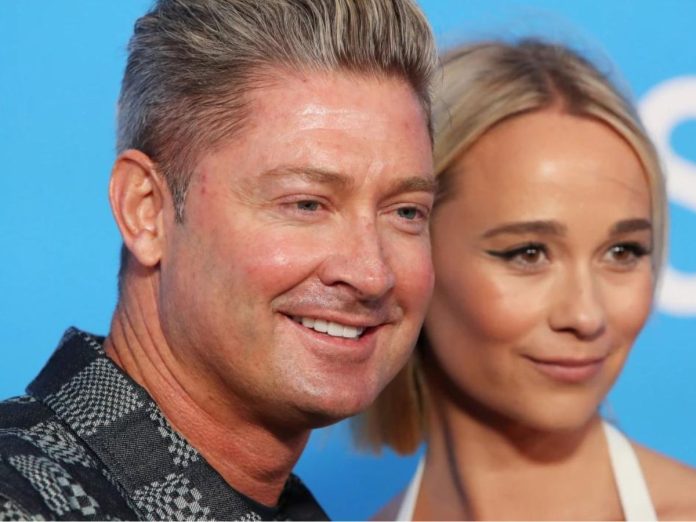 In a shocking incident from Australia, former Australian skipper and compact batter Michael Clarke was slapped by his girlfriend, Jade Yarbrough. The duo was involved in an ugly spat in a public park in Australia when an onlooker filmed the incident.

The model and the host of the show Today and interior designer Jade Yarbrough was seen shouting and abusing her boyfriend. Michael Clarke had allegedly cheated on her with his ex-girlfriend Pip Edwards. Jade was hurling abuses at the former World Cup-winning captain of Australia for some messages he had sent to Edwards. The whole fiasco took place in a park in Australia, in public.

Clarke however, refused all these allegations and was seen getting embroiled in a verbal spat with Jade’s brother, Karl Yarbrough. When Clarke was having a verbal argument with him, his girlfriend came and slapped him, as first reported by DailyTelegraph.

“Karlos, I’m telling you now, don’t you dare walk away. She can punch me, but you, you coward!” said Clarke.

That is when Jade slapped Michael Clarke in the heat of the moment.

“You piece of s**t, don’t you f**king speak to him,” she says. After Clarke continues to insist that he did nothing wrong, she says: “Oh am I wrong? You f**ked her (Edwards) on December 17, you f***ed dog. I’m going to show every f***ing message you ever f***ing sent me,” said Michael Clarke’s girlfriend.

Later, Michael Clarke extended his apologies to everyone and took responsibility for all his actions.

“I’m absolutely gutted I’ve put people I hold in the highest regard in this position. My actions in the lead-up to this altercation were nothing short of shameful and regrettable. I am shattered that because of my actions, I’ve drawn women of class and integrity, and my mates, into this situation. I own this fully and am the only one at fault, said Michael Clarke to DailyTelegraph.

Michael Clarke is a legendary figure in the cricketing folklore of Australia. He has played 115 Test matches, 245 ODIs, and 34 T20Is for the Ozzies. He led his side to their 5th ODI World Cup when his side defeated New Zealand in the finals of the ICC ODI World Cup 2015.

Clarke had an impeccable average of 49.1 in Test matches and 44.6 in ODIs. He was unarguably a solid and compact batter of the Australian team and oozed class and perseverance.