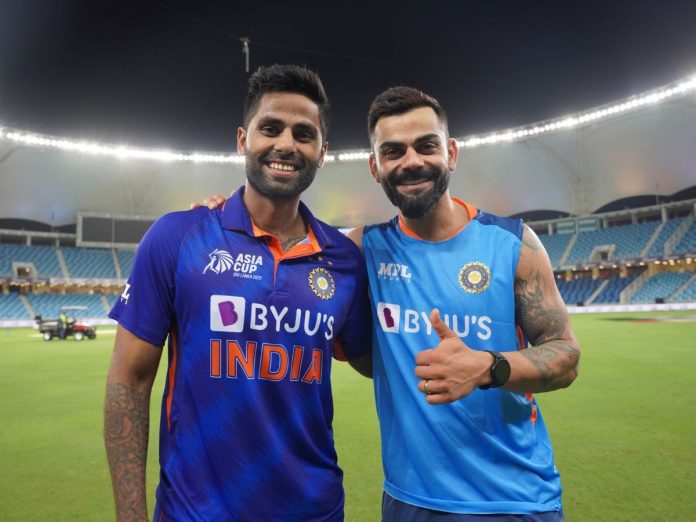 India registered a comfortable victory against Hong Kong in their second match in the ongoing Asia Cup 2022.

The colts of India led by Rohit Sharma defeated Hong Kong by 40 runs and the skipper broke several records in the process. India qualified for the Super 4s and look really dominant and settled as a unit.

Even though Hong Kong is labelled as minnows, they put up a strong fight and were quite resilient. They did not allow themselves to be completely steamrolled by India.

In this article, we take a look at 3 players who hogged the limelight in the India vs Hong Kong match:

As elegant and classy as always, Surya Kumar Yadav played one of his best innings at the Dubai International Stadium against Hong Kong. Coming in to bat at number 4 when KL Rahul lost his wicket, Surya Kumar wasted no time at all. He switched on his aggressive mode from ball 1 and struck two fours in the first two deliveries he had faced. His innings was laced with 6 sixes and 6 fours and powered India to a humongous total of 192.

When the King gets going, there is absolutely no stopping him. Virat Kohli showed glimpses of his prime form and played as an anchor in the Indian innings. However, a few trademark sixes off spinners showed that Kohli was back to his beast form. Kohli scored a half century after a very long time and his knock put a lid to the mouth of all his haters.

Hong Kong batter played a compact knock of 41 off just 35 balls but failed to get support from the other end. His knock went in vain as Hong Kong succumbed to the pressure created in the middle-overs by the Indian spinners. However, he hit some real classy fours and also smashed 2 sixes.