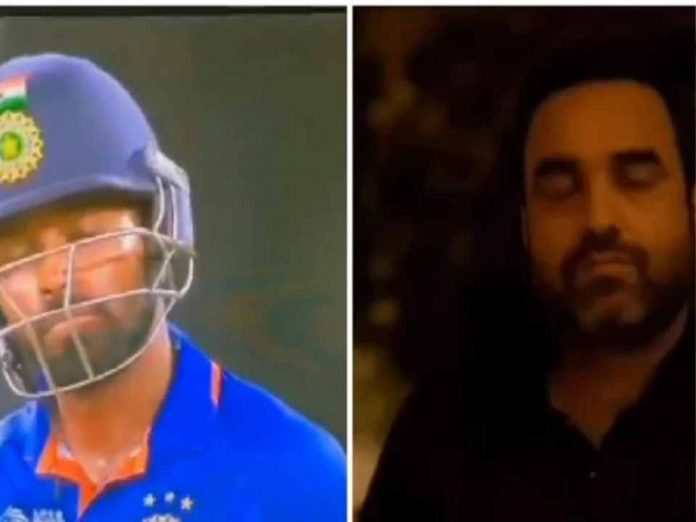 In the Asia Cup 2022, Team India started its campaign with a bang. In the match played at the Dubai International Stadium on Sunday, India defeated their rival Pakistan by five wickets in a heart-throb match. Pakistan gave India a target of 148 runs to win, which India completed with two balls to spare with Hardik’s six.

With this victory, India also avenged the defeat during the T20 World Cup last year. Even though India won this match, there was a time in the match when the Pakistan team started dominating India but Hardik Pandya and Jadeja gave victory to the team while batting brilliantly. Although Jadeja was dismissed for 35 in the last over, Pandya had come with a different intention. After the dismissal of Hardik Jadeja, he was more alert and returned only after giving victory to India.

The most dangerous moment of this match came in the last over of the match when India needed seven runs to win. Jadeja was dismissed by Mohammad Nawaz on the first ball. After this, Pandya wanted to play a shot on the third ball but the fielder stopped the ball. At the same time, Dinesh Karthik was standing at the non-striker’s end with Pandya and at that time India needed 6 runs from 3 balls. At that time Dinesh probably asked to take a run, but Hardik Pandya did something like seeing Karthik that people lost their hearts.

Hardik had just said with an expression on his face that ‘Don’t worry, I will handle it! He proved this thing on the very next ball. Hardik gave the gift of victory to the country by hitting a six off Nawaz’s fourth ball. Hardik’s expression like ‘Kaleen Bhaiya’ i.e. Pankaj Tripathi of the famous web series Mirzapur is now becoming very viral on social media. By sharing this reaction of Hardik, people are praising Hardik’s confidence.

Talking about the match, India won the toss and called Pakistan to bat. Bhuvneshwar Kumar and Hardik Pandya bowled brilliantly for India, bowling Pakistan out for 147. Bhuvneshwar took four wickets for 26 runs in four overs with the invaluable wicket of Pakistani captain Babar Azam (10). At the same time, Hardik took three wickets for 25 runs in four overs. On the other hand, young fast bowler Arshdeep Singh took two wickets for 33 runs. All ten wickets for India were taken by the fast bowlers. On the other hand, Mohammad Rizwan played the highest innings of 43 runs for Pakistan.

Chasing this target, India did not seem to be in rhythm anywhere. KL Rahul walks in the very first over. The ball was not coming right on Rohit’s bat. However, 49 runs in 46 balls were shared for the second wicket between Virat Kohli and captain Rohit Sharma. Virat got out after scoring 35 and Rohit 12.

Suryakumar shared a 31-ball 36-run partnership with Jadeja for the fourth wicket. Suryakumar was bowled after scoring 18 runs. After this, Jadeja along with Hardik took India closer to victory. The duo shared a 52-run partnership in 29 balls for the fifth wicket. Jadeja was bowled after scoring 35 runs in the last over. But Hardik gave India a memorable victory by hitting a six. Hardik Pandya played an unbeaten inning of 33 runs in 17 balls.