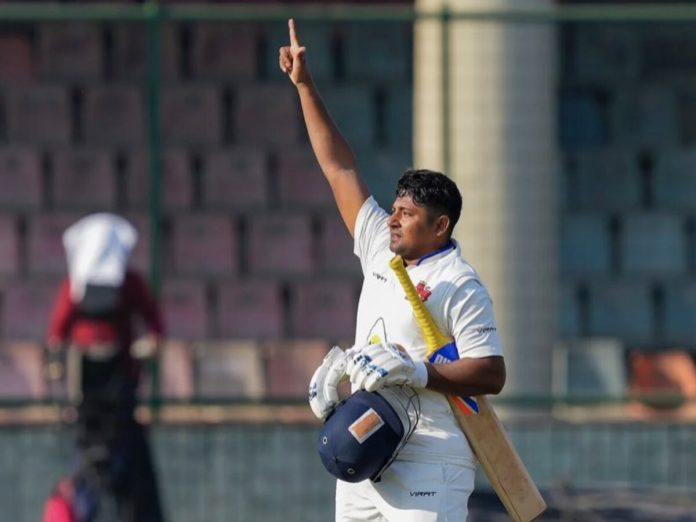 Sarfaraz Khan’s absence from India’s selection for the first two home Tests against Australia recently sparked the fury of Sunil Gavaskar. The eagerly awaited series will start on February 9 in Nagpur.

Sunil Gavaskar, a former captain of India, responded to Sarfaraz Khan’s exclusion from the Test team by stating that the selectors should choose cricketers based on their technique with the bat or the bowl rather than their size and shape. Gavaskar said that if selectors want to choose only lean and fit men, they should choose some models at a fashion show, give them a bat and ball, and then include them.

The ex-Indian captain feels that the Mumbai batsman deserves to be included in the first two Tests of the Border-Gavaskar series despite his remarkable performance. He was lauded as a special player for his continuous success in first-class cricket by the cricketer-turned-commentator. He emphasised the batsman’s stellar performance on the domestic circuit and said it was important to not undervalue his remarkable form.

Go to a fashion show and find models

Gavaskar also criticised those who questioned Sarfaraz’s fitness. The batting star argued that cricketers vary in size and sizes and that Sarfaraz shouldn’t be evaluated purely on the basis of his physical appearance in a powerful remark directed at the national selection.

“If you are looking for only slim and trim guys, then might as well go to a fashion show and find some other models and give a bat and ball in their hands and then include them. That’s not the way cricket goes. You have cricketers in all shapes and sizes. Don’t go by the size, go by the scores or wickets. He is not staying off the field when he scores a hundred. He is back on the field again. So, all that tells you is that the man is fit,” Gavaskar told India Today.

“How can you score runs? I think at the end of the day if you are unfit, you aren’t gonna score hundreds. Cricket fitness is the most important thing. Yo-Yo Test can’t be the only criterion. You got to make sure that the man is cricket fit as well. If the person, whoever it is, is cricket fit, then I don’t think it should be any matter,” Gavaskar added.

Sarfaraz has been in top form

In the current Ranji Trophy, Sarfaraz has been in excellent form, scoring 556 runs in six games at an amazing average of 92.66, including three hundreds. The right-handed batter was even more productive the previous season, scoring 982 runs in six games at an astounding average of 122.75 and recording four centuries. Despite amassing a staggering 2441 runs in total over the previous three seasons, Sarfaraz has failed to be selected for India’s red-ball side.