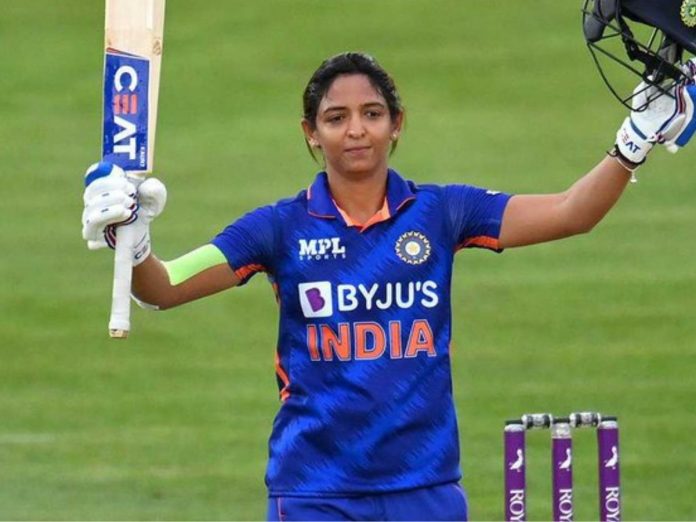 ENG W v IND W: Harmanpreet Kaur, captain of the Indian women’s cricket team, played a brilliant century in the second ODI against England. She not only won the team on the strength of her batting but also set many records.

Batting at the fourth position, Harmanpreet scored 143 runs in 111 balls at the St Lawrence Ground in Canterbury. She hit 18 fours and four sixes during her century. Due to this innings of Harmanpreet, the Indian team made a huge score of 333 runs in front of England. In front of which the England team was destroyed.

After scoring a century against England, Harmanpreet equaled a special record of India’s opener batter Smriti Mandhana. With this century, Harmanpreet has completed 5 centuries in her ODI career. With this, she has come in second place with Smriti Mandhana in terms of scoring the most centuries after former captain Mithali Raj’s 7 centuries.

Harmanpreet has become the first Indian woman cricketer to score two centuries in ODIs against England by playing a century in the second ODI. She had earlier scored a century against England in 2013 at the Brabourne Stadium in Mumbai. It was the first century of her ODI career.

Harmanpreet has become the first Indian woman cricketer to score two centuries in England. She scored a century against Australia in the semi-final match of the 2017 Women’s World Cup in England.

The excellent form continues this year: Harmanpreet Kaur has been in excellent form this year, scoring 750 runs in 15 ODIs this year at an average of 50. During this, two centuries and five half-centuries have come from her bat.