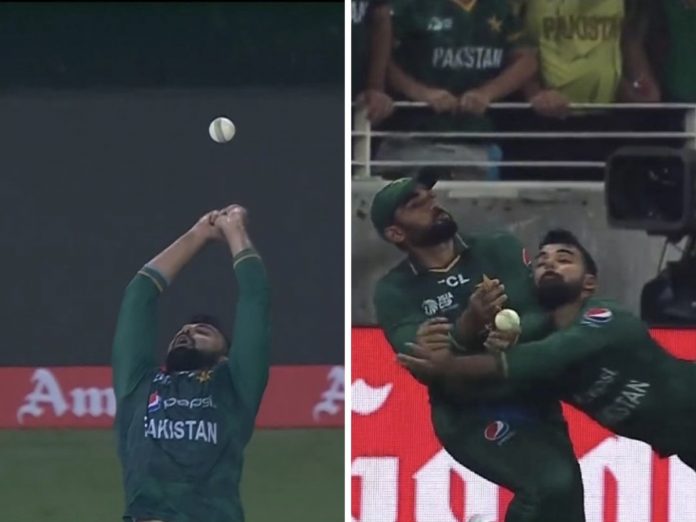 Unfortunately, this was not the first time in a crucial game for the Men in Green that Pakistan’s fielding was the villain as Sri Lanka made outstanding performances with both the bat and the ball to win their sixth Asia Cup 2022 final. After Babar Azam, the captain won the toss and elected to bowl, Pakistan’s pacers exploded in the opening 10 overs, reducing Sri Lanka to 58/5. However, with better batting in middle, they manage to score 170 for 6.

Wanindu Hasaranga attacked while Bhanuka Rajapaksa initially repaired the damage. Before leaving, Hasaranga played a fast knock of 36 off 21 balls, but Rajapaksa kept up his winning streak. Nevertheless, he did give Pakistan a chance not once, not twice, but both times it was Shadab Khan who blew the opportunity.

In the 18th over, Rajapaksa faced off against Haris Rauf, but an off-cutter caused the left-hander to mistime his shot toward the long-on fielder, and Shadab fumbled it while attempting to take it with a reverse cup. Rajapaksa had 46 off the bat at the time.

Another error by Pakistan occurred in the following over when Asif Ali and Shadab Khan clashed while attempting to take the catch. Asif appeared to have the ball in his hands, but Shadab, who had come charging in from deep square-led, dove in and collided with Asif, causing the latter to lose his balance and the ball to fly over the rope and provide Rajapaksa another respite.

Rajapaksa scored an unbeaten 71 off 45 as Sri Lanka put 170 on the board as a whole. Pakistan was eventually bowled out for 147, which indicated that it was simply too much for them.

I take responsibility for this loss

Taking to Twitter after the loss, Shadab said, “Catches win matches. Sorry, I take responsibility for this loss. I let my team down. Positives for team, Naseem Shah, Haris Rauf, Mohammad Nawaz and the entire bowling attack was great. Mohammad Rizwan fought hard. The entire team tried their best. Congratulations to Sri Lanka.”

Catches win matches. Sorry, I take responsibility for this loss. I let my team down. Positives for team, @iNaseemShah, @HarisRauf14, @mnawaz94 and the entire bowling attack was great. @iMRizwanPak fought hard. The entire team tried their best. Congratulations to Sri Lanka pic.twitter.com/7qPgAalzbt