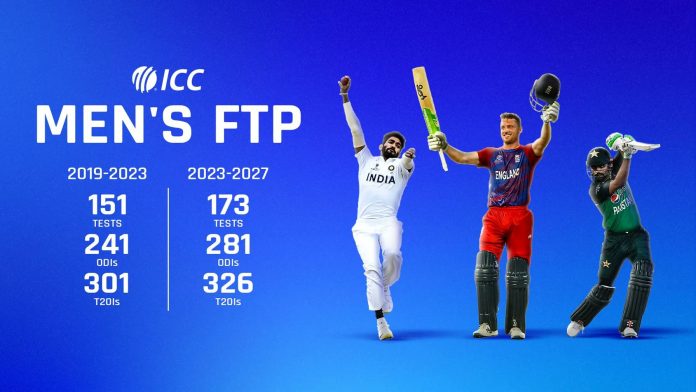 Also Read: ICC confirms more ODI will be played during the 2023-27 FTP cycle

Who will be hosting what?

ICC GM of Cricket Wasim Khan said: “I’d like to thank our Members for the effort that has gone into creating this FTP for the next four years. We are incredibly lucky to have three vibrant formats of the game, with an outstanding programme of ICC global events and strong bilateral and domestic cricket, and this FTP is designed to allow all cricket to flourish.”