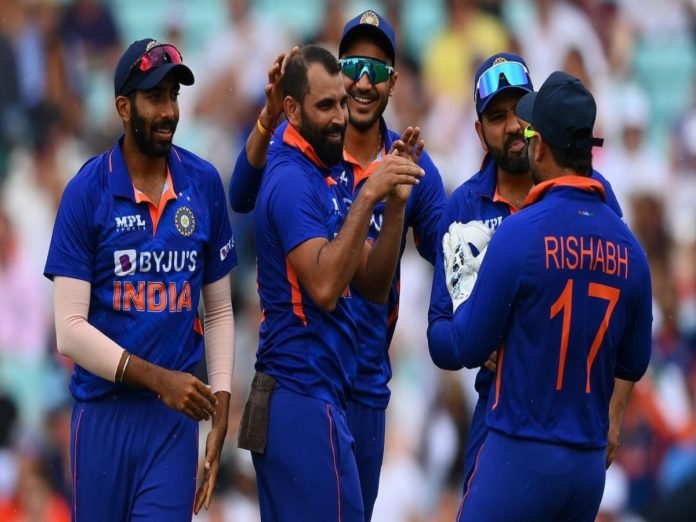 On Monday, September 12, the BCCI selection committee unveiled the Indian team for the T20 World Cup in 2022. The 15-member side will be coached by Rohit Sharma, with Jasprit Bumrah and Harshal Patel making their comebacks. S

Some of the T20 World Cup participants from the previous year have been overlooked this time around. Alongside Shreyas Iyer and Deepak Chahar, Mohammed Shami has been added to the reserves.

In terms of the Indian team, the announcement followed expectations. Some others whose names were supposed to be on the team are, however, missing. In this piece, we examine 5 significant absences from the announced squad.

There was a lot of speculation that Sanju Samson may make the team. As the two specialised keepers in the side, the management chose to stick with the third and tried-and-true pairing of Rishabh Pant and Dinesh Karthik.

Samson was supposed to replace the southpaw who hasn’t been playing well in recent T20Is, according to Indian cricket pundits and fans. In the end, though, the management chose to support Pant and ignore Samson. Samson has only reached the fifty-point mark once in 16 T20Is for India.

Last year, Kishan was a member of the Indian T20 World Cup team. He does not, however, part to this squad. In the series against Zimbabwe, Kishan last participated in an ODI for India. He played in India’s final T20I against the West Indies.

He is one of the exclusive group of Indian players who hit a fifty on T20I debut. He hasn’t been consistent with his results after then, though. Kishan finished as the leading scorer for the Mumbai Indians, with 418 runs in 14 games, and was also the most expensive player in the IPL 2022.

The J&K bowler was also anticipated to join the Indian T20 World Cup team. He would have had an advantage with his bowling because of the quick wickets, seaming, and swinging conditions in Australia. Sunil Gavaskar and Harbhajan Singh were among those who voted to include Umran in the squad.

The management may not have chosen him this time around because he has only played three T20Is in his little career. He had 22 wickets earlier this year in the IPL 2022.

In Indian cricket, Kuldeep Yadav is nearly a forgotten name. Chances are few and far between for him. He was a dependable teammate for India, notably between 2017 and 2019, when playing white-ball cricket. The chinaman bowler has seldom been given continuous opportunity since the 50-over World Cup in 2019.

The Asia Cup 2022, which just ended, had Ravi Bishnoi. At the continental competition, he did not frequently appear in the starting lineup, but in his lone appearance against Pakistan in the Super Four stage, he had a strong performance.

In reality, he has been doing fairly well ever since making his Men in Blue debut in the shortest format of the match against the West Indies in February 2022. In his ten games, he has taken 16 wickets. In fact, he has been productive in the IPL as well, taking 37 wickets in 37 matches. He played a significant role in the Lucknow Super Giants’ inaugural season in 2022.

In light of the fact that Ravichandran Ashwin does not take enough wickets in T20Is despite the fact that he does restrict runs, he might have been selected as the second spinner in the squad.