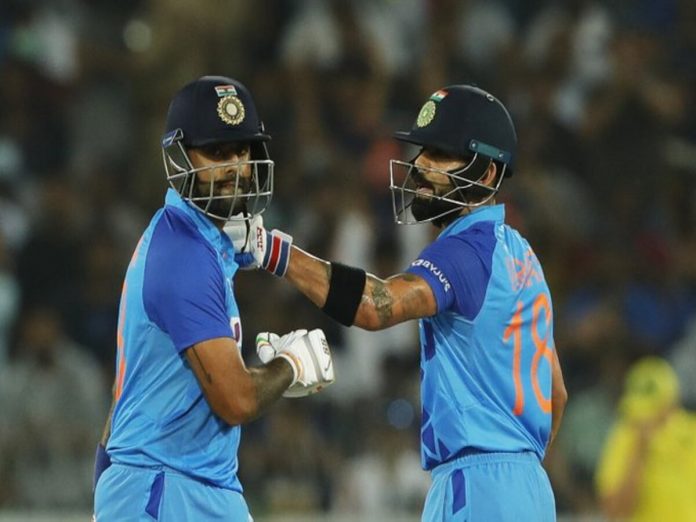 The ICC T20 World Cup 2022 is just around the corner and all the national teams have begun their preparations for the title. Australia will host the T20 World Cup 2022, which will begin on October 16. Australia defeated New Zealand in the summit match to win the previous competition.

The T20 format, which is the shortest form of the game, can change in favour of any team in only a few overs. In that situation, all the teams need is an impact player who can deliver and help them win games. Here is a quick look at the 5 players to keep an eye on at the Australia-hosted ICC T20 World Cup in 2022.

Suryakumar Yadav’s meteoric rise in 2022 has been incredible, and the in-form right-hander is now probably the most crucial member of the Indian squad.

Surya only got to play four times for India during the T20 World Cup last year, and his pitiful total of 42 runs from three innings barely raised an eyebrow in the cricketing community. However, the 32-year-old has been a picture of consistency ever since, and the most recent rankings now place him as the No. 2 T20I batter in the world.

Warner, who won Player of the Tournament for the 2021 edition, is among the top batters in the world across all formats. In seven games, he scored 289 runs at an average of 48.16, 146.70, and three fifty-pluses.

His regal performance played a significant role in the Australian team’s ability to win the trophy at Dubai International Stadium. The opening hitter for Australia had 419 runs in ten games since the year 2021 began, with a strike rate of 147.53 and an average of 56.58. In the 2018 World Cup, he is anticipated to start with his captain Aaron Finch once more.

The Sri Lankan all-rounder has previously demonstrated the capacity to save his finest work for the biggest stage, so it stands to reason that he may lead the island nation to victory in Australia.

Hasaranga shone at the 2021 competition by taking the most wickets (16), more than any other player, and followed that up by concluding Sri Lanka’s successful Asia Cup campaign as the Tournament’s Player of the Year.

The 25-year-old will undoubtedly flourish on Australia’s larger grounds, and it is almost inevitable that the great spinner will once again rank among the top wicket-takers this season.

The current best white-ball batter in the world, according to many, is England captain Jos Buttler. He has played in various positions in the batting order and is a natural attacker.

Buttler has undoubtedly been in better shape than anybody else in the globe over the past 12 months; at the event in the UAE and Oman last year, the 32-year-old was the only player to record a century.

Buttler looked to be in even greater form during this year’s IPL when he reached triple figures on four occasions and amassed an incredible 863 runs for Rajasthan Royals. He hit a magnificent unbeaten 101* against Sri Lanka in Sharjah.

It will be difficult to find a T20I batter who is more reliable than the seasoned Pakistan opener, thus it should not be surprising to learn that he is currently ranked as the No. 1 T20I batter in the world.

The consistency of Rizwan at the top of the order will be crucial to Pakistan’s prospects of winning the championship in Australia, and the 30-year-old will be out to match the superb performances he turned in with the bat at the previous competition.