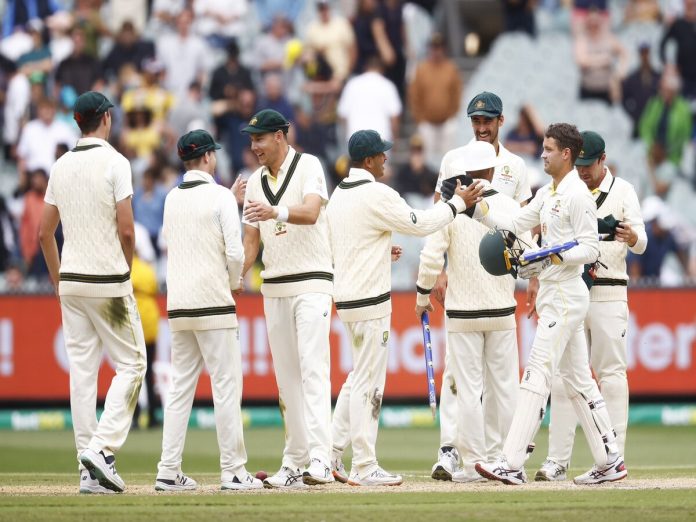 Prior to the 2022 ICC Men’s T20 World Cup, the Australian cricket team traveled to India in September 2022 to play three T20I matches. They are then slated to return in February and March 2023 to play four Test matches.

When Australia visits India for a four-match Test series for the Border-Gavaskar Trophy early the next year, in February-March 2023, Delhi will play host to a Test match for the first time in more than five years.

The Australian squad for the test series in India was announced. As a potential spin partner for Nathan Lyon, rising talent Todd Murphy was added to Australia’s Test squad for its upcoming tour of India, and batsman Peter Handscomb was recalled. For the four-Test series in Nagpur, Delhi, Dharamsala, and Ahmedabad in February and March, Australia will bring four spinners, including Mitchell Swepson and Ashton Agar.

In expectation of their recoveries, all-arounder Cameron Green and pace-slayer Mitchell Starc were both selected. Quick Lance Morris, who has little experience, was kept on as a backup. The team left out the opener Marcus Harris, who had been selected for the final Test against South Africa in Sydney last week.

The squad that provides depth and flexibility

“After a successful home summer the squad is excited by the challenge a Test tour to the subcontinent provides,” said chairman of selectors George Bailey.

“We have selected a squad that provides the depth and flexibility required to adapt depending on the conditions we may encounter.”

Opportunity to spend time alongside

In different circumstances, according to Bailey, the combination of left- and right-handed batsmen, four specialized spinners, and six fast bowlers, including Green, provided choices.

After impressive showings for Victoria and Australia A over the past 12 months, selectors preferred Murphy, 22, above white-ball specialist spinner Adam Zampa because they saw him as a long-term alternative for veteran Lyon.

“Todd Murphy has progressed quickly having impressed in domestic cricket and recently with Australia A. With those performances Todd has emerged as a strong spin option,” said Bailey.

“Selection in this squad also provides another opportunity to spend time alongside Nathan Lyon and assistant coach Daniel Vettori in India which will be invaluable to his development.”

Also Read: Women’s IPL Is Going To Be A Great Tournament: Smriti Mandhana, Help Us To See Higher Pressure Situations