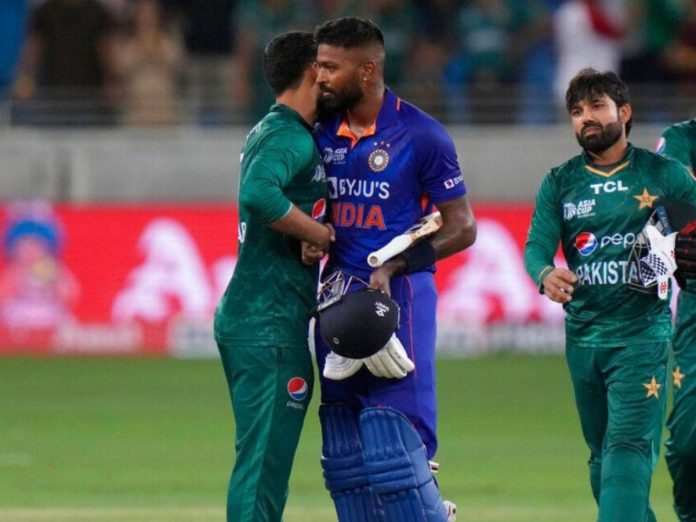 The high-voltage clash between India and Pakistan lived up to all the hype and excitement and was a visual treat to all fans. India won the iconic clash by 5 wickets and avenged the 10-wicket loss against Pakistan last year in the ICC T20 World Cup in the same venue.

However, the victory was not a walk in the park for India. The Blues were kept on their toes throughout the 2nd innings during their run-chase as some disciplined bowling from the Pakistani bowlers resulted in the match being an absolute thriller.

In this article, we take a look at the 3 players who played extremely well in yesterday’s high-octane clash:

Hardik Pandya was simply a gladiator yesterday! The ace all-rounder took centre stage and unleashed his wrath on the Pakistan cricket team. His timely bouncers and quick pace ensured he bagged 3 wickets. During the run-chase when Virat Kohli and Suryakumar Yadav got out, India was in danger waters. Pandya was as cool as a cucumber and reeled in a victory for India with his impactful knock. The Baroda-born cricketer scored 33* run off just 17 balls. His innings was packed with 4 fours and 1 six.

Swing-king Bhuvneshwar Kumar was on top of his game yesterday. The seamer had his rhythm and swing on point and proved to be too hot to handle for the Pakistani batters. His prey yesterday were skipper Babar Azam, Asif Ali, Naseem Shah and Shadab Khan. Bhuvneshwar’s form is a huge positive for India in the Asia Cup 2022.

19-year-old Naseem Shah made his debut for Pakistan in the T20I format yesterday. And he was, without an iota of doubt, the shining star for Pakistan. Even though he sustained an injury, his commitment and dedication to his team knew no bounds. He bagged the wickets of KL Rahul and Suryakumar Yadav. The young pacer got Rahul out on a golden duck.