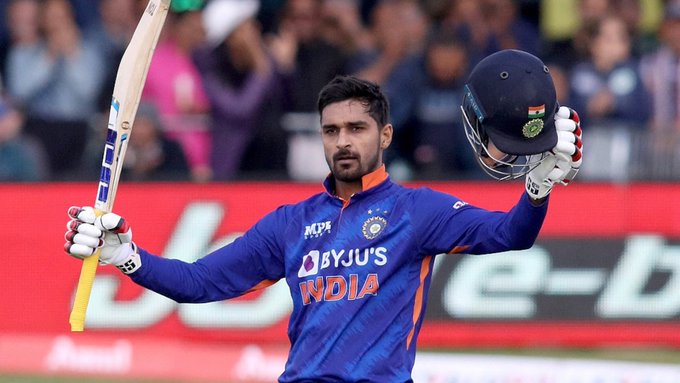 Asia Cup 2022: There is talk of cricket anywhere and on any ground and even today, the biggest thrill for cricket fans comes only after watching India and Pakistan clash. Remember the final of the T20 World Cup 2007 when Pakistan had to face defeat against India. At that time Pakistan had won and lost.

Dhoni’s agility weighed heavily on Pakistan. Let us tell you that India has always been 21 in ICC tournaments. Now the Asia Cup 2022 is being organized in Dubai and on August 28, the India-Pakistan clash is going to happen.

Not only in India and Pakistan, cricket fans living in any corner of the world are eagerly waiting. Pakistan captain Babar Azam is not getting so much panic from the run machine Virat Kohli, the hitman who bats, as much as the panic is happening with this player.

Deepak Hooda is 100% guaranteed to win the match

It doesn’t matter whether Deepak Hooda bats or not in a match, whether he bowls or not, but his presence in the team is enough for Team India to win. We are not saying this like this whenever he has played a match for India, then India has been successful in winning the match every time.

India’s all-rounder Deepak Hooda has played matches against teams like England, West Indies, and Zimbabwe so far and India has won all the matches. And this amazing feat of Deepak Hooda is also known in Pakistan.

For the last two days, the most talked about Deepak Hooda on all YouTube channels in Pakistan. The way the bat of Deepak Hooda is going on, in the same way, if Pakistan continues against Pakistan in Dubai on August 28, then the beating of Pakistan is sure.

But before the match, it will be interesting to see whether Team India’s captain Rohit Sharma talks about including Deepak Hooda in the playing XI when he comes for the toss.

Hitman Sharma and Runmachine Kohli will be back in the team

Both of them are taking a rest from the last few matches. Both the players would like to do the work of dusting Pakistan by showing their best game in this comeback match.

Earlier, in the T20 World Cup 2021, under the captaincy of Virat Kohli, Team India lost to Pakistan for the first time in the ICC tournament, Kohli is not the captain this time.

But as a batter, Rohit Sharma is the captain this time and he won the Asia Cup last time, so this time also he would like to start with a win.