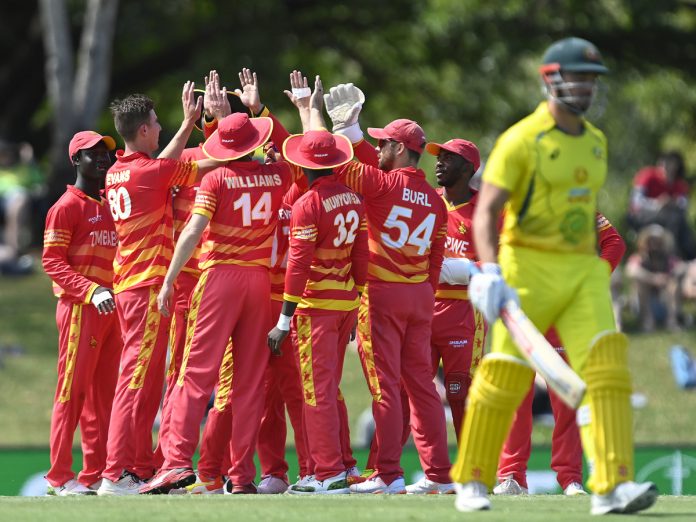 The Indian Premier League (IPL) is known for providing a stage for young guns to showcase their talent. Franchises may engage in a bidding battle for some of the most sought-after names at the upcoming IPL 2023 auction.

According to reports, the trading window will begin in November or December. For IPL matches, players from all around the world register. Zimbabwe’s 15-person squad for the T20 WC 2022, which will take place in Australia, has been released.

Looking at ZIM’s recent form, the team has shown an improvement in their game a lot. Recently in the series against Australia, Zimbabwe beat Australia by 3 wickets in the third and last ODI on Saturday (September 2) to make it 2-1 in the three-match series. So, the potential of ZIM players to rock the stage of IPL 2023 is very high.

So far, in the previous IPL seasons,  only three Zimbabwean players Tatenda Taibu, Ray Price, and Brendan Taylor have been part of an IPL franchise squad. Check the list of 3 players from the ZIM T20 WC squad to get a high bid.

In every recent series ZIM played, Raza continued to shine. While representing Zimbabwe, he must restrain his aggression, but if the opportunity presents itself, he is capable of bridging the gap.

In addition to being a superb hitter, Raza is also a superb bowler. To date, Raza has improved his behaviour and been economical. The right-arm off-breaker has 28 wickets in T20Is. In 58 T20I games, Raza has scored 1040 runs, which brings us back to his strongest suit. Although his strike rate of 125.45 can cause some concern, as was already mentioned, he is capable of accelerating if necessary.

Ryan Burl is a multi-talented specialist and capable all-arounder. He can bowl well, play solid defence, and contribute with the bat. In contrast to Shakib, his contradictory behaviour will always be a topic of discussion.

Burl has proven he can support the innings by scoring 728 runs from 47 T20I games with a strike rate of 118.56. The leg-breaker has shown his all-around strength by taking 32 wickets in this format.

Regis Wiriranai Chakabva is a Zimbabwean cricketer, who plays all formats of the game. He is a right-handed wicket-keeper batsman. He is the vice-captain of the Zimbabwe national cricket team. Regis Chakabva played crucial knocks during the Australia series and might be in the eye of bidders for IPL 2023. He scored 637 runs throughout his T20I career with a strike rate of 129.20.

Also Read: IPL 2023 Trading Window: Is the Upcoming IPL Season Going To Be The Last One For Ambati Rayudu?