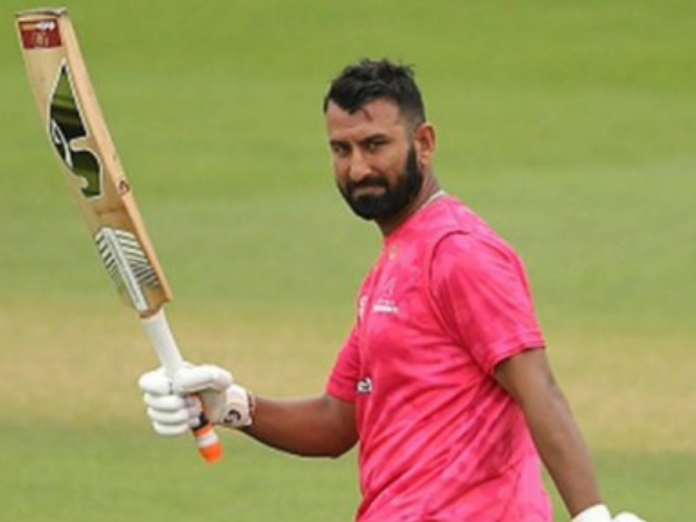 The general notion around star cricketer Cheteshwar Pujara is that he is a Test-specialist with a sterling defence and a lot of potential to bat for long hours. For years, Pujara has been the mainstay of the Indian Test team and is a cricketer who is often compared to Rahul Dravid because of his tenacity.

However, recently we have seen Cheteshwar Pujara in a different avatar altogether. Pujara has embraced the slam-bang format of cricket in an unorthodox approach and this was visible during the Royal London One-Day Cup when he was captaining his team Sussex.

Pujara notched up 3 centuries in the tournament and was in blistering form. This was a stark contrast to the approach we have usually seen from the classy batter. He took the bowlers head-on and made sure he took them to the cleaners. This is exactly what any Indian Premier League (IPL) franchise wants and we might see Pujara get a solid bid in the upcoming IPL mini-auction which is slated to take place on December 18, according to a few reports.

In 9 matches in the Royal London One-Day Cup 2022, Pujara notched up 624 runs at a staggering average of 89.14. He finished the tournament as the second-highest run getter and stamped his authority in supreme fashion.

Even though Pujara last played an IPL game in 2014, the Chennai Super Kings (CSK) franchise had bid for him in IPL 2021. He did not play any game in that IPL and went on to be unsold in the next edition of IPL.

Going by the explosive batting antics he has displayed in the Royal London One Day Cup, we can expect Pujara to be taken by any team as he is very experienced and has a wide repertoire of shots under his belt.