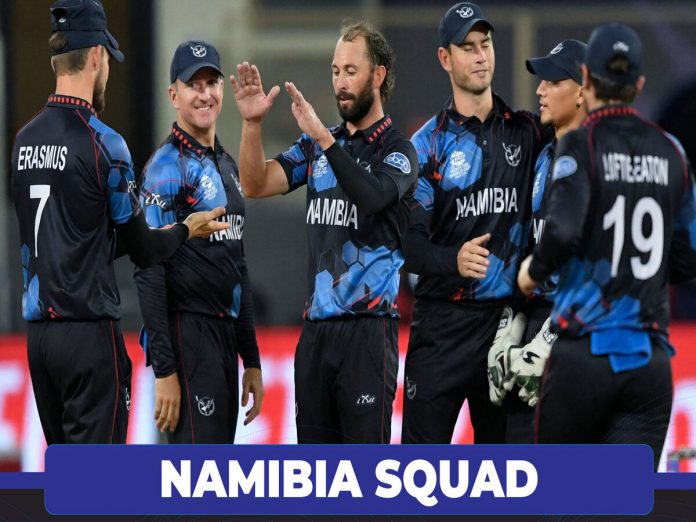 Namibia confirmed its 15-member squad for the T20 World Cup in Australia. The squad, which features a mix of youth and experience, will be captained by the legendary Gerhard Erasmus.

As Namibia looks to repeat its performances from the UAE in Australia, many of the standout players from the tournament’s 2021 iteration have been kept. The squad from the 2021 campaign had players such as JJ Smit, Stephen Baard, Jan Frylinck, Nicol Loftie Eaton, Ruben Trumpelmann, and David Wiese, who could be relied upon by captain Erasmus.

The three members of the squad making their debuts in the premier competition are pacer Tangeni Lungameni, batter Divan la Cock, and wicketkeeper-batter Lohan Louwrens. After an outstanding performance in the competition held last year in Muscat and the United Arab Emirates, Namibia is making its second consecutive appearance at the international event.

In Group A of the Round 1 stage of the competition, Namibia will be included alongside Sri Lanka, the Netherlands, and the UAE. On October 16, it launches its campaign against Sri Lanka.