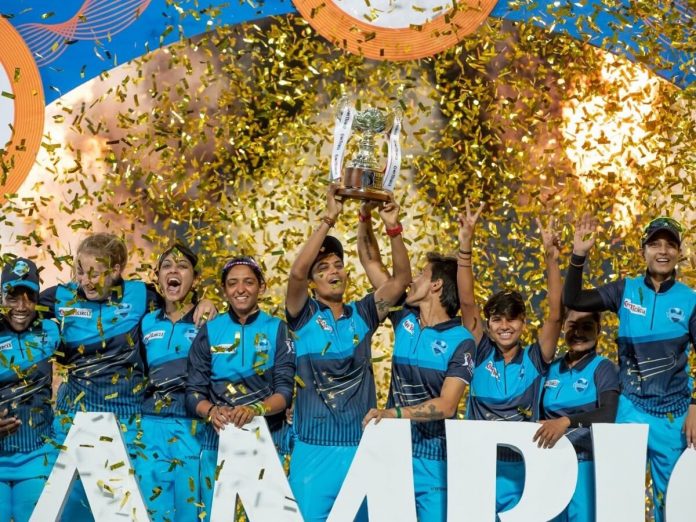 IPL 2023: The forthcoming season of the Indian Premier League (IPL) will be played according to the traditional home and away format, BCCI president Sourav Ganguly has confirmed to the board’s affiliated state units. Additionally, the first Women’s IPL is anticipated to begin early in 2023.

The previous two editions of IPL were hosted in a limited venue in the UAE, comprising Dubai, Sharjah, and Abu Dhabi, to prevent the virus’ spread in the wake of the Covid-19 outbreak. Now that the outbreak is under control, the cash-rich league will return to its previous format, in which each team plays one home game and one away game.

Sourav Ganguly, the president of the BCCI, confirmed five major updates months before the 2023 season of the Indian Premier League. Read about the key details of Ganguly’s confirmation for the forthcoming Indian cricket matches.

The BCCI president announced that the premier cricket body intends to launch the first women’s IPL early in 2023. More information would be provided in due course, according to the former Indian captain. All cricket fans are eagerly waiting for the commencement of WIPL 2023. It is anticipated that the Women’s IPL will improve women’s cricket in India.

“The BCCI is currently working on the much-awaited women’s IPL. We are expecting to start the first season early next year. More details will follow in the due course,” Ganguly wrote in his email, as per media reports.

Then, India and Sri Lanka will lock horns in two tests and three 20-over internationals. After the T20 World Cup, the BCCI has already planned a schedule for India’s domestic series.

IPL 2023 will be conducted in home & away format

Beginning with the 2023 season, the Indian Premier League (IPL) will use the home-and-away format that it had prior to COVID-19. BCCI is expected to conduct the IPL 2023 trading window soon in November-December.

“The next season of men’s IPL will also go back to the home and away format with all ten teams playing their home matches at their designated venues,” read a Ganguly’s note to state units.

BCCI will start a U-15 tournament

The BCCI is introducing girls under-15 ODI tournaments in addition to the Women’s IPL. According to sources in the media, the first-ever women’s under-15 competition would take place from December 26 to January 12 at five different locations: Bangalore, Ranchi, Rajkot, Indore, Raipur, and Pune.

“We are glad to introduce a girls U15 One Day tournament from this season. Women’s cricket has seen phenomenal growth across the world and our national team has been performing well. This new tournament will create a pathway for our young girls to play at the national and international level,” Mr. Ganguly wrote.

Irani Trophy to be played in March 2023

The upcoming domestic season will feature two Irani Cup matches, according to the Board of Control for Cricket in India (BCCI). One of the matches will be played in October and the other in March 2023, according to the comprehensive domestic schedule that the BCCI shared with the state associations.

Also Read: IPL Women’s 2023: 3 Indian Women’s Cricketers Who May Get The Highest Bid