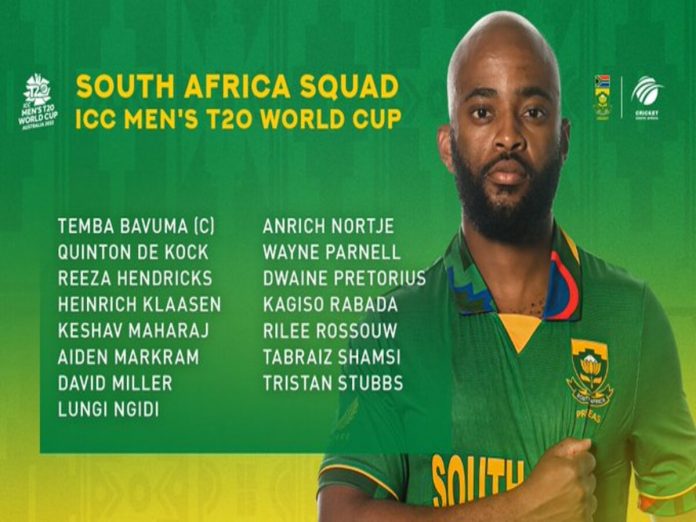 After fully recovering from the elbow injury sustained during the team’s tour of India in June, Temba Bavuma will take over as the team’s captain for the second consecutive T20 World Cup. Rassie van der Dussen, who missed the T20 WC 2022 due to a finger injury that required surgery, was the most significant absence from the squad.

In his absence, Aiden Markram and David Miller, who has been in excellent form lately, will be responsible for leading the middle order. Rilee Rossow, who rejoined the South Africa T20I set up in July after a six-year absence, is also included in the squad.

Tristan Stubbs, one of the team’s three newcomers, has made a lasting impression during his brief international career. Stubbs might be the X-factor in that middle order, making up for Rassie’s absence.