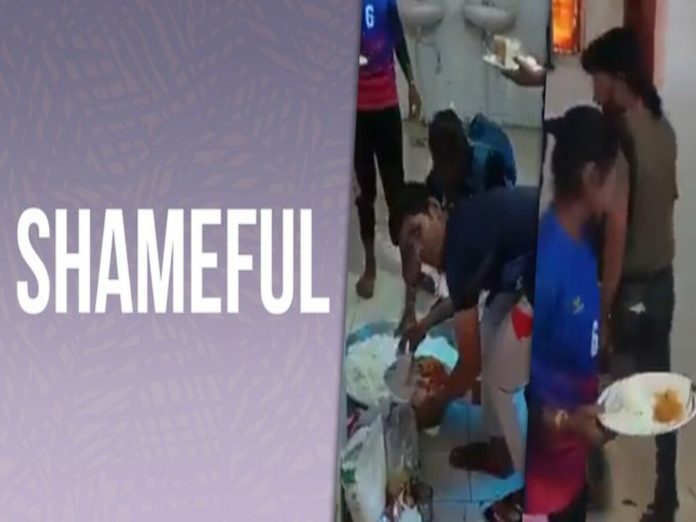 The food offered to the kabaddi players competing in the U-16 competition was kept in a bathroom, which led the administrators to suspend the district sports officer for negligence and blacklist the caterer.

In Saharanpur, Uttar Pradesh, a video of female kabaddi players receiving food from the bathroom is going viral, and the players are receiving harsh criticism for their disorderly behaviour. Shikhar Dhawan, a cricketer, has now responded to this as well. He has expressed his disgust in the video. The video of food served in the toilet is rapidly spreading over social media.

Over 300 players played in the state-level sub-junior girls’ kabaddi competition, which took place from September 16 to 18.

This is very disheartening

Sharing a video of the incident, Dhawan tweeted, “This is very disheartening to see Kabaddi players at State level tournament having food in toilet. Would request @myogiadityanath & @UPGovtSports to look into the same and take necessary action.”

This is very disheartening to see Kabaddi players at State level tournament having food in toilet. Would request @myogiadityanath & @UPGovtSports to look into the same and take necessary action. pic.twitter.com/2pekZW8Icx

Negligence was seen in the viral video

The tournament began on Friday, and plans have been made for the players to stay and eat inside the stadium. Within the swimming pool grounds, meals are being cooked. In addition, restrooms and change rooms are stocked with raw food. On the toilet’s paper-covered floor, there were thick layers of rice and puris for the players. In this situation, Regional Sports Officer Animesh Saxena has been suspended.

The tournament was not sanctioned by the AKFI

According to Rajesh Kumar Singh, secretary of the UP State Kabaddi Association, the tournament was neither sanctioned by the AKFI or the state division. He stated that the event was not in their annual calendar.

“The tournament was organised by the state government’s sports department. Our role was to provide only technical support. We sent some officials to conduct the event and the selection committee, nothing else,” Singh said.

“We have our state-level events like open championships. This event (U-16 girls tournament in Saharanpur) was not in our annual calendar of events.” He stated that the state government is taking severe action and that an inquiry committee will gather feedback from players from each of the tournament’s 16 divisions (mandals).