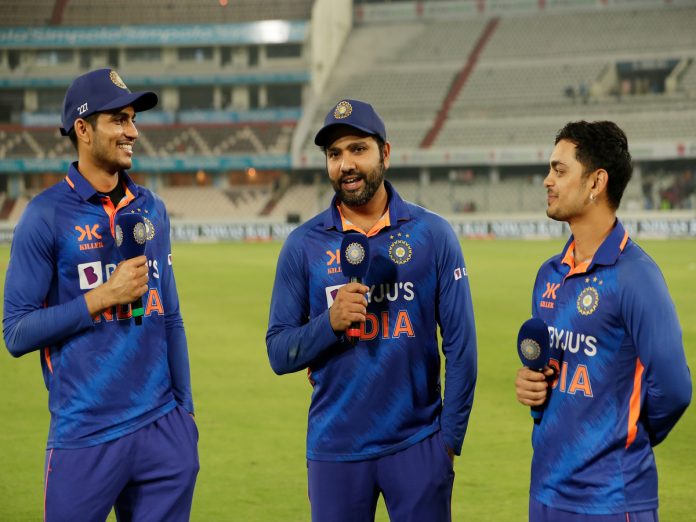 Shubman Gill joined the double-centurion club in ODIs on Wednesday (January 18), becoming the most recent hitter to do so. For a total of 149 balls, he faced, he scored 208 runs. India defeated the Kiwis by 12 runs in the first game of the series thanks to Gill’s heroics.

Ishan Kishan, who scored 210 against Bangladesh on December 10, 2022, and Indian captain Rohit Sharma, who has three double centuries to his credit in ODIs, welcomed Gill into the exclusive group of batters with 200 in ODI games following the completion of India vs New Zealand first ODI.

In an attempt to make fun of Ishan, Rohit asked him why he didn’t get to play the following three matches after achieving a double century last month. Rohit is the only hitter to hit several double centuries and owns the record for the highest individual score in ODIs (264).