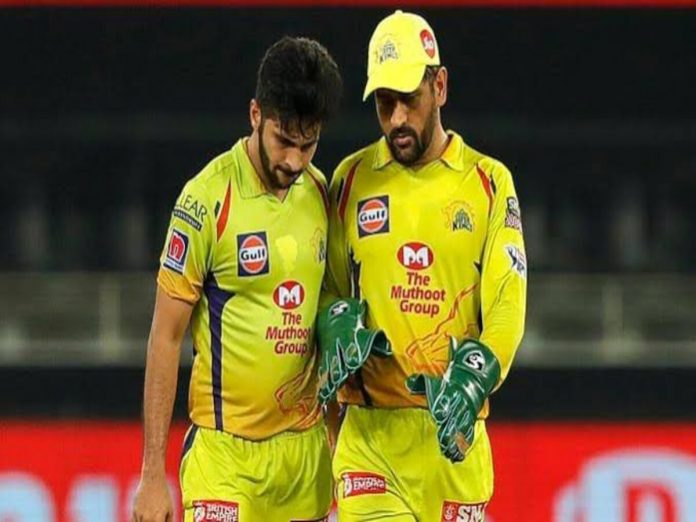 On the field, MS Dhoni is renowned for his smart tactics and composure. Even though Dhoni, one of the best captains in world cricket, has ended his international career, he still plays a crucial role in leading CSK. CSK has been one of the greatest IPL franchises ever with Dhoni as captain.

Made a shocking revelation about captain MS Dhoni

In the meantime, Dhoni’s former CSK teammate Shardul Thakur discussed how the team successfully defended Kolkata’s 192-run target in 2018 thanks to Dhoni’s prudence and his ability to make sound judgments. Shardul acknowledged his skipper in a video posted by the CSK team as the reason for his effective bowling.

Into the Yellove Arena of Pride memories with Rutu and Dhool!

In the video, Shardul said, “I don’t know what Mahi bhai was thinking, he just sent Bravo to long-off, signalling him to go back. He asked me what I wanted to bowl. I said, you tell me, I am comfortable with whatever you ask me to do.”

“He told to keep mid-off in the circle. Venkatesh Iyer got the very next ball out, then Nitish Rana got out and we suddenly got the momentum from there. Yes, I bowled well, but again the greatness of the man, to think in such a tense situation also he brought some kind of reasoning and result,” said Shardul.

Was the face of the loss

Shardul remembered how the Mumbai Indians (MI) narrowly defeated his team to win the 2019 season’s championship by one run. He added that because he had lost against Lasith Malinga on the final pitch of the 2019 IPL final, winning the title in the 2021 edition had relieved him of his load. Before the IPL 2022 auction, when he was released by Chennai, Shardul’s time with the team came to an end. Delhi Capitals (DC) then purchased him for an astounding 10.75 crore.

“I had my experience of lifting the trophy in 2018. But in 2020 was more special because we also saw the loss in 2019, which was just a one-run loss. So, that hurt us a lot. It was a special year as we were able to turn the tide Not often do you see that a team has lost three games in a row and they make it up from there and win the final.”

“I was emotional because I had seen the 2019 loss and I was the face of the loss because I was the one to get out on the last ball. It was emotional, and then I felt like there was a burden on my shoulder and suddenly that has gone away now because I had contributed by taking three wickets. So, I was feeling on top of the world,” said Shardul.

Also Read: MS Dhoni Scolded Me For Dismissing AB De Villiers In IPL: Ishwar Pandey, Was Told Not To Deliver A Yorker