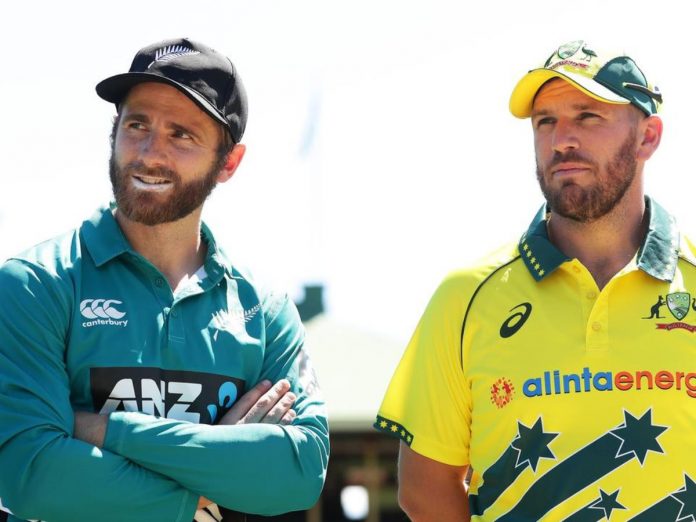 The rivalry between the Trans-Tasman countries is one of the biggest rivalries in cricket. The neighbouring countries are cricketing powerhouses and define world cricket’s legacy.

Australia and New Zealand lock horns with each other in a 3-match ODI series starting tomorrow. The stakes are quite high as the ICC T20 World Cup is on the cards. Every single limited over series holds a lot of weightage and importance.

Australia is coming on the back of a loss against Zimbabwe and will be needing to regroup and revamp really quick as New Zealand have named a full-strength side.

Skipper Aaron Finch had a tough series against Zimbabwe in terms of runs and needs to come back to form in order to get his confidence up and running.

New Zealand on the other hand won their ODI series against West Indies by 2-1 and will be quite confident in their approach. Mitchell Santner had bagged the player of the series award for his terrific performance with both the bat and the ball.

Which channel will show the ODI series between Australia and New Zealand in India?

Where to watch the live streaming of the ODI series between Australia and New Zealand in India?

The ODI series between Australia and New Zealand will be broadcasted live on the SONYLIV platform and also on FANCODE platform.