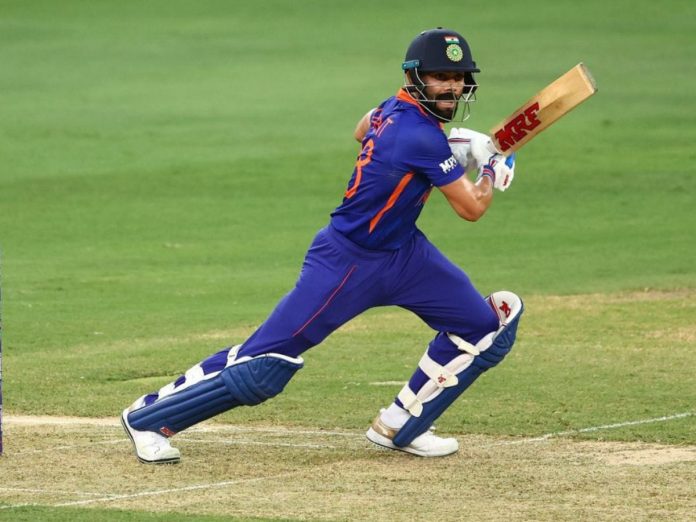 IND vs HK: India defeated Hong Kong by 40 runs in their second match of the Asia Cup 2022. With this victory, the Indian team has been entered in Super 4. Although everything went as expected in the match, captain Rohit Sharma also decided the match, which surprised everyone. When India Skipper Rohit Sharma gave Virat Kohli an over to bowl against Hong Kong last night in Asia Cup 2022.

However, he could not take any wicket. But the question now is that what did Rohit Sharma think after almost six years to get Virat Kohli to bowl? Not only this, but you should also know today that how many times Virat Kohli has bowled so far and how many wickets he has taken in his name.

The Asia Cup 2022 is being seen as a preparation for the T20 World Cup 2022, which is to be played in Australia from October to November this year. Team India won the first match of the series by defeating Pakistan. The Hong Kong match was India’s second and last league match.

After this, the matches of Super 4 will start, where there is no room for any mistakes. Because in Super 4, whichever two teams will be number one and two based on points. They will go to the final, so captain Rohit Sharma had the freedom to do some experiments in this match, under this, Rohit Sharma got Virat Kohli to bowl.

Before this, Virat Kohli last bowled in T20 International against West Indies on 31 March 2016 about six years ago. When MS Dhoni was the captain of Team India at that time. Virat, then the number 1 ranked batter, bowled 4 overs and took one wicket for 15 runs. After this, Kohli never bowled under his captaincy. But captain Rohit Sharma asked him to bowl last night against Hong Kong in Asia Cup 2022.

If we look at the captaincy of MS Dhoni, the former captain of Team India, it is known that he used to have more and more all-rounders in his team, that is, who can contribute to the team with both ball and bat, so there are only one or two such in his team.

Some players would do the same thing, they used to bowl most of the batsmen often, even sometimes they bowled with globs and also took wickets. Now Rohit Sharma Sharma is also following the same footsteps.

India has not won the ICC trophy even once since 2013. Captain Rohit Sharma has a chance to win this year’s ICC World Cup to end the ICC title drought. Under this, experiments are being done continuously, including bowling to Virat Kohli. Legendary teams from all over the world will play in T20 World Cup In such a situation, winning the match will not be easy.

Rohit Sharma would like that out of the playing XI that will play in the World Cup if any bowler has a bad day, then he must have two or three such options, who bowl a few overs and get the over.

Virat Kohli has so far bowled in all three formats, he has also taken wickets in ODIs and T20s, but Kohli does not have a single wicket in his name in Tests. Kohli has played 102 Tests so far, but has bowled only in 11 matches but does not have any wickets to his name.

Talking about ODIs, he has played 262 matches, out of which he has got the opportunity to bowl in 41 innings, in which he has four wickets in his name.

He has played 101 matches in T20 Internationals, in which he has bowled in 13 innings and taken four wickets. The special thing is also that a player like Virat Kohli cannot be left out of the team. If the team gets the benefit of his batting as well as bowling ability, then what can be better than this? However, it will be interesting to see whether Rohit Sharma gives Virat Kohli a chance to bowl in the same way in the future.