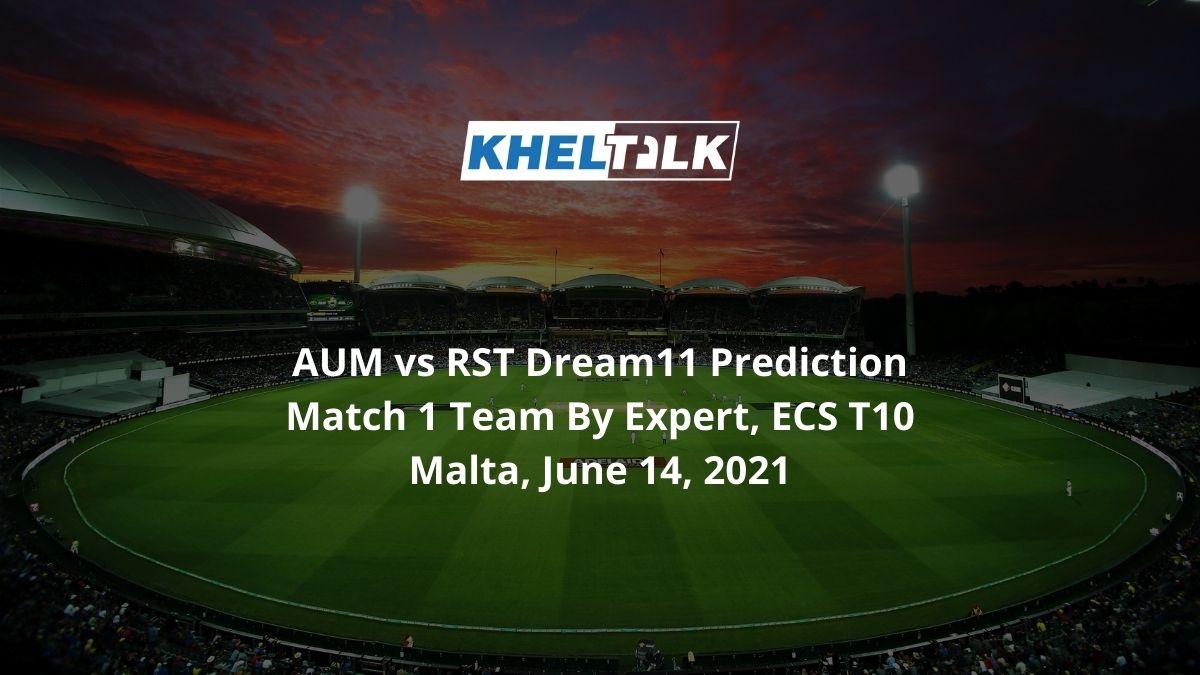 Welcome to AUM vs RST Dream11 Prediction for Today’s Match Fantasy Cricket. The America University of Malta will take on the Royal Strikers in Match 1 of the ECS T10 League, Malta on Monday, June 14, 2021, at Marsa Sports Club, Malta. Keep reading to find out about the ECS T10 League AUM vs RST Match Dream11 team today.

Royal Strikers will be making their debut in the ECS T10 contest today as they take on the America University of Malta. The Strikers were recently renamed from Paola Boys and are relatively inexperienced. However, they are capable of springing a surprise in this tournament.

The America University of Malta, on other hand, had a decent start to the ECS T10 tournament in the last edition. The team did exceed the expectations and were able to put up a fight constantly. It was unfortunate that they had lost a few close matches and returned with just one win out of their ten matches.

Going by what we have seen in the last edition, this is a batters’ ally and most of the teams have managed to cross 90 runs in their 10 overs. Also, most of the matches went to the team batting second. The average first innings score at this venue is 91 and the highest score here is 139.

It is going to be a sunny day on Monday in Malta. There is no chances of rain and the temperature will be around 27 degrees Celcius for the day and is likely to go down to 24 degrees Celcius during the match time according to the forecast.

The team had a decent tournament last year and will look for a fresh start in this year’s tournament. Once again, Zoheb Malek will hold the key here. He is likely to open the innings alongside Saneesh Kumar. Darshit Patankar will take care of the keeping.

The team will be making their official T10 debut here. Going by their local performances, the team is more dominant with the ball which will be tricky here considering the batting-friendly pitch. The team will be banking their money on Midhun Mohanan who has been their star player for a while now.

Zoheb Malek is one of the top picks for the captain here. He has been around for a while now and in the last year’s contest, he was the leading run-scorer for the team. He had 201 runs from his 8 innings with an average close to 41 and has a strike rate close to 152.

Abhishek Prajapati can contribute from both fronts. Last year, he had a forgettable tournament where he managed only 68 runs from his six innings and had an average close to 14. However, he did well with the ball, had a couple of wickets.

A lot depends on Jithin Joy today. He is an excellent all-rounder and is the MVP of the team. Thus, he will be leading the attack here. One can expect a good cameo from him and also a couple of wickets today.

Mittul Patel will look to bounce back in this contest after a forgettable 2020 tournament. He is their leading all-rounder and is capable of winning matches single-handedly. In the last edition, he had a wicket and a couple of cameos.

Shubham Patel will lead the bowling attack for team AUM today. He was the leading wicket-taker for the team in the last edition. He had eight wickets there.

Ravi Paul has been around for a while now and has played for different clubs as well. Thus, his experience will be vital in this contest. In the last year’s contest, he had 3 wickets to his name.

Who Will Win Today Between AUM vs RST Dream11 Prediction, Match 1?

According to Kheltalk’s astrology AUM vs RST Dream11 match Prediction, America University of Malta are likely to win this contest. They have the necessary experience of playing at ECS T10 already and will be keen to do well after losing a lot of close matches last edition.

According to Kheltalk’s AUM vs RST Dream11 toss prediction, AUM will look to chase at this venue. One can expect the team to score around 70 to 80 here and it is going to be an easy chase for AUM team.