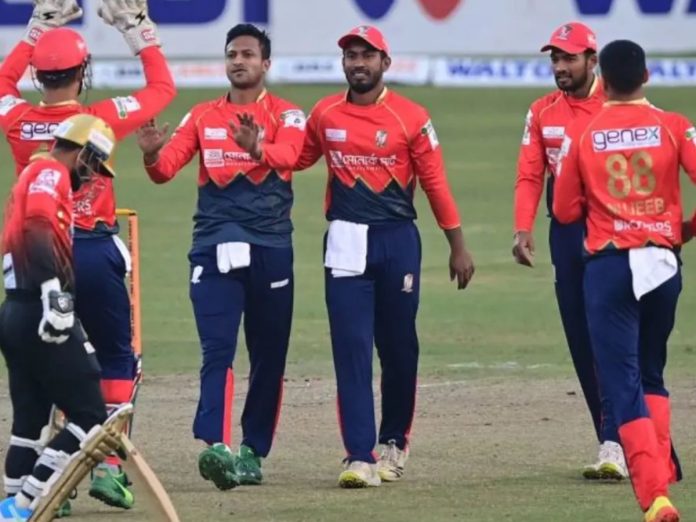 Comilla Victorians are still searching for their first victory in this edition. They have lost both their matches and are at the bottom of the table. They will meet Barishal in the repeat of last edition’s final. The defending champions won the game by just one run.

Fortune Barishal are doing well at the moment. They began the tournament with a loss and then went to win their next two games. The Shakib Al Hasan-led team is in 3rd spot.

The weather in Chattogram will be sunny with a hint of rain. The precipitation level is likely to be 10%, with humidity to be around 62%. There is a slight chance for drizzles.

Liton Das holds the key in the batting line-up of Comilla Victorians. The veteran has 180 runs from his nine games with a strike rate close to 136.

Shakib Al Hasan is a mandatory choice in this game. The all-rounder has 313 runs and also 13 wickets in his last ten matches.

Ibrahim Zadran has scored 100 runs in his last two games. He has a strike rate close to 136 in the tournament.

Karim Janat is one of the all-rounders to keep an eye on here. He has picked up four wicekts so far.

Who Will Win Today’s match Between COV vs FBA?

Fortune Barishal are in good form compared to Comilla Victorians. They will look to take revenge for the last year’s final loss. Shakib Al Hasan is the player to watch out for once again. Several players will miss this contest as they are on their way to play in ILT20.

Who Will Win Today’s Toss Between COV vs FBA?

According to Kheltalk’s Toss Predictor, Fortune Barishal will bowl first here. The team has a good bowling line-up and are expected to dominate against the bottom-placed team.