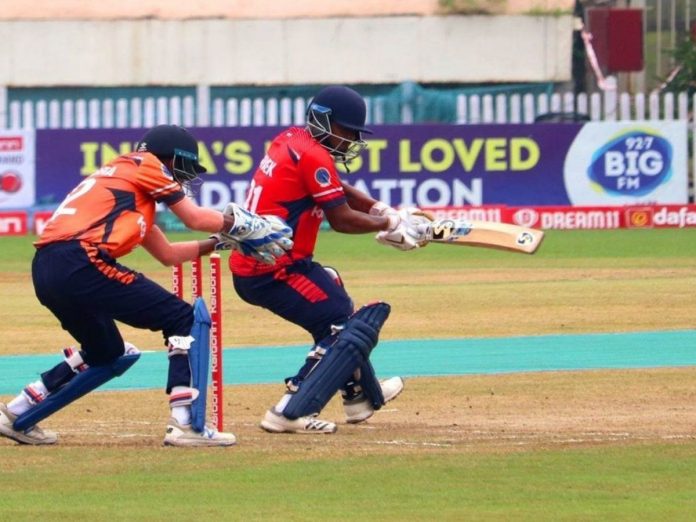 Dumka Daredevils will step in to face Singhbhum Strikers in the next fixture of the Jharkhand T20. Both the sides would be hoping for a win here. With four wins in eight games, Strikers are placed at the third spot with 16 points to their name. On the other hand, Daredevils have almost killed their every chance to move ahead in the tournament. With just two wins in seven games, they are placed at the 5th spot.

Going by what we have seen so far, the pitch has assisted the bowlers more, and since most of the matches had overcast conditions, the pacers had a good run here. The team batting first have done well compared to the chasing team.

It is going to be a rainy day on Tuesday in Jharkhand. The rain with thunderstorms to take over the day according to the forecast. The temperature will be around 23 degrees Celcius and is likely to fall to 19 degrees Celcius as the day goes by.

Strikers are coming after a defeat against Bokaro Blasters while defending 138 runs on the board. Bowlers were quite disappointing as they failed to chip wickets. There might be chances in the bowling department.

Daredevils did exceptionally well with the bat in their previous game against JAM. Batting first, they posted 185 runs on the board, which looked quite a difficult target for any opposition. However, their bowlers couldn’t stop the run flow and lost the game in the final over.

Aryaman Sen has scored 233 runs in eight innings for Strickers with the highest score of 76. Other than him, Mohit Kumar and Bal Krishna have been quite consistent with the bat with 157 runs and 154 runs respectively. Bal Krishna even has seven wickets to his name.

Sonu Kr Singh has been quite lethal with the ball. Playing eight games for Strickers, he has bagged seven wickets with the best figure of 3/22.

Atul Singh Surwar has chipped 11 wickets in eight innings including a five wickets haul, while Subham Singh has 10 wickets to his name so far and can turn out to be impactful once again.

Who Will Win Today Between DUM vs SIN Dream11 Prediction, 26th match?

According to Kheltalk’s astrology DUM vs SIN Dream11 match Prediction, Dumka Daredevils are likely to win this contest. They have an upper hand in terms of bowling department and that’s where they will rule the game.

According to Kheltalk’s DUM vs SIN Dream11 Prediction, Daredevils are likely to bowl first at this venue. The surface remains the same in the second inning, so the team winning the toss will opt to bowl first.