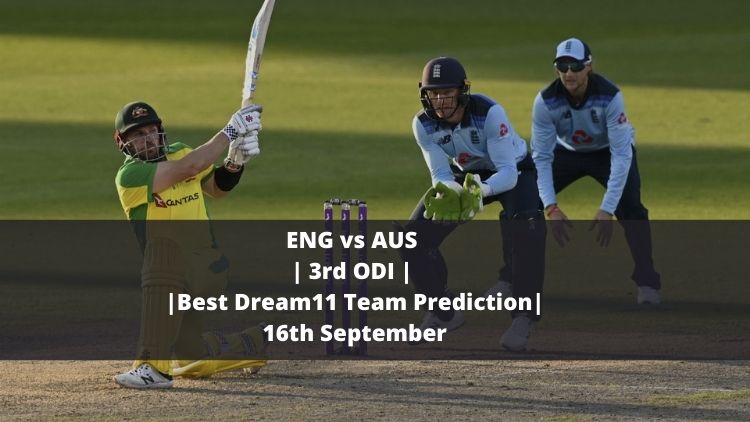 England bounced back on the driving seat in the previous encounter against Australia. Their bowlers gave a match-winning performance that turned the game in the favour of the hosts. They defeated visitors by a margin of 24 runs. With a win in the 2nd ODI, England successfully managed to bring down the series to a level.

England posted a total of 239 runs for a loss of 9 wickets in stipulated 50 overs. Courtesy to knocks of Eoin Morgan, Joe Root, Tom Curran, and Adil Rashid that took England to a respectable total. Adam Zampa again ended as the leading wicket-taker for Australia. Coming onto the chase, the Aussie batsmen stumbled at the beginning and the visitors’ couldn’t overcome the early setbacks throughout the game.

Aaron Finch (73 runs) was the only batsman to score a half-century from the Aussies dugout. After suffering a defeat in the 2nd ODI, visitors’ also lost a golden opportunity of taking an inaccessible lead over England. However, now the series decider will be played at the same ground on September 16.

Finch tried to play a captain’s knock and to a point, he remained successful in teaching a tough lesson to England bowlers. However, he didn’t get enough support from the other batting end. He played a responsible knock of 73 runs and his current form makes him a perfect pick for Dream11 Captain pick.

He has always come out as a savior for England in the critical situation of the game. In the previous match, he played a vital knock of 42 runs and rescued his team from early setbacks. And, in the series decider, he is expected to come out with another impressive effort.

Warner’s bat is struggling to score runs and adding another nightmare tour of England in his career list. However, the southpaw is known for a strong and powerful comeback and fans can pick him as a vice-captain in the Dream11 Fantasy team.

Zampa has taken 7 wickets in 2 ODIs and he is quite unpredictable for England batsman to pick. This is the reason he has churned out lots of success in the ODI series. And, the users should not miss out o him while making the Dream11 Fantasy team.

The cricket battle between England and Australia has taken a dramatic turn with series coming down to a level. Both sides have some world-class players in their ranks. And, it is quite difficult to pick a team, who is going to win the series decider on September 16. However, after analyzing the batting and bowling abilities of both the aforementioned sides, we have picked Australia as the favorites to win the upcoming encounter. They will leave no stone unturned in order to get their hands on the ODI series.