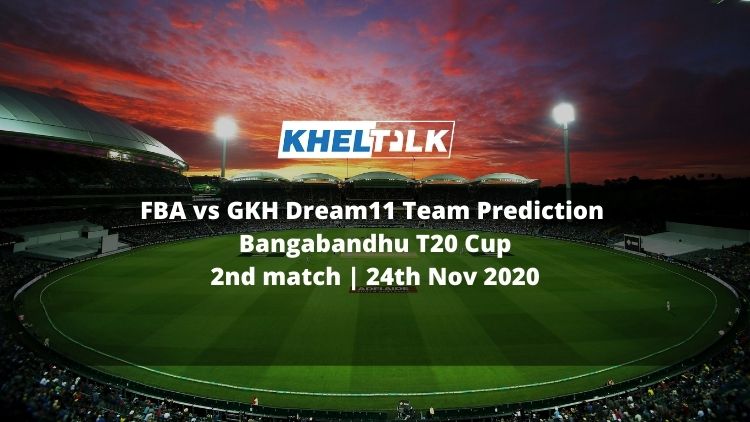 In the 2nd match of the Bangabandhu Cup T20 competition, Gemcon Khulna will take on Fortune Barishal. On papers, Gemcon Khulna looks like the strongest team in the tournament with the likes of Shakib Al Hasan, Mahmudullah. Whereas, Fortune Barishal is the weakest team on papers due to the lack of more number of all-rounders.

The conditions at Sher-e-Bangla National Cricket Stadium will assist the batsmen more. In the most recent match, Bangladesh managed to chase down 120 within 16 overs.

Option 2:
Shakib Al Hasan is back to cricket after his ban and undoubtedly, the best choice for the captain in the Dream 11 fantasy team. He has 4970 T20 runs and also has picked up 354 wickets with an economy rate under 7.

The skipper Mahmudullah recently scored a half-century in one of the Intra-squad matches that happened in October. Also, in his T20 career, he has 3873 runs and also has picked up 102 wickets.

Mehidy Hasan Miraz is the key player in the Fortune Barisal line-up. He has 670 runs from 53 innings and also has picked up 40 wickets.

FBA vs GKH Dream11 Team Prediction: Who will win the match

Between both teams, FBA has a good combination of experienced and young individuals. This is the reason why our experts have backed FBA as the probable winners in the upcoming game.