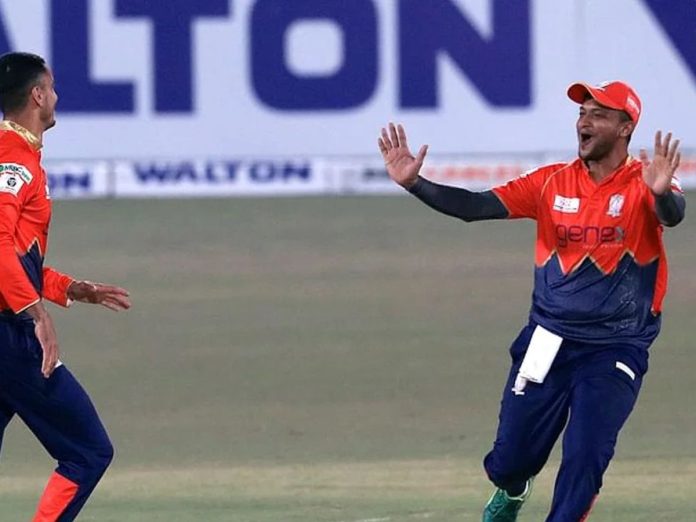 Fortune Barishal and Rangpur Riders will meet for the first time in BPL 2023. Both teams tasted different results in their respective opening game.

Riders defeated Victorians by 34 runs and moved to the second spot in the points table. Meanwhile, the last year’s runners-up lost their opening match to the Strikers by six wickets and are currently in the sixth spot. A win here will help them to get back to the top four here.

Going by what we have seen in recent matches, the team batting first will have the upper hand here as the pitch gets slower with time. Anything below 120 is easy to chase at this venue and spinners are likely to dominate here.

There is a good chance for rain once again and it is likely to get sunny as the match goes by. The temperature is likely to be around 18 to 21 degrees.

Shakib Al Hasan has to be the top pick for this game. The veteran will be keen to get his team back on track. He has 315 runs and also has picked up 14 wickets in his last ten matches. Once again, watch out for him here.

Mohammad Naim has to be the player you need to keep an eye on in the Riders team. The batsman has scored 285 runs in his last ten matches at a 112.20 strike rate. He is one of the star performers for the team here.

Karim Janat is an all-rounder and is likely to produce a good performance in this game. He has four wickets and 63 runs in his three matches so far.

Rony Talukdar won the player of the match in the opening game for Rangpur Riders. Opening the batting for the team, Talukdar smashed 67 runs from just 31 deliveries with 11 fours and a six.

Head To Head Team For FBA vs RAN

Who Will Win Today between FBA vs RAN Dream11 Prediction, Today’s Match?

According to Khel Talk’s prediction for FBA vs RAN dream11 Match Prediction, Fortune Barishal will likely win this match. Rangpur Riders lack consistency in their bowling department and that’s where Barishal is the strongest. The team will depend on Shakib Al Hasan here.

According to Kheltalk’s FBA vs RAN Dream11 Toss Prediction, FBA would win the toss and elect to bowl first. The teams bowling first have won more games at this venue.