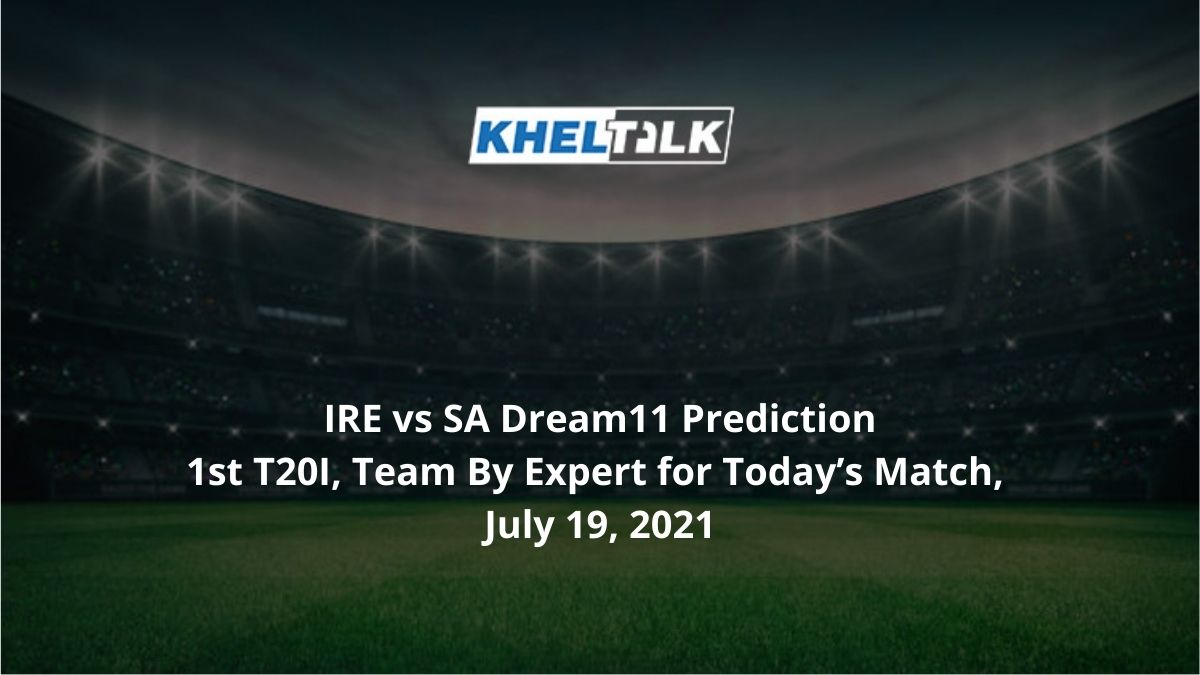 Ireland and South Africa will lock horns once again, and this time it is in the shortest format of the game. Both teams had managed to draw the ODI trophy and will be keen to end the series as winners here.

The First ODI was canceled due to rain and the second one went to Ireland. It was the team’s first-ever win over South Africa. In the third ODI, South Africa bounced back very well to take the match with ease.

Both teams had a lot of positives to take from the series, and they will be keen to continue their good form here for sure.

Going by what we have seen before this is going to be a high-scoring contest. In the last ODI, we have seen both teams going hard at each other and we will be seeing more of that today. Since a few senior players are back on the team, this could be yet another big battle.

Highest successful run-chase at this venue- 182.

Top Performers for Ireland in T20Is

The weather will be nice and warm. According to the forecast, there is no chance of rain today. The temperature will be around 18 degrees Celcius for the most part of the day and is likely to go upto 21 degrees Celcius as the day goes by.

The team will be glad to have Kevin O’brien back into the side. The veteran all-rounder had recently announced his retirement from ODIs in order to focus on the limited-overs career. Apart from him, they do have a few players who are in excellent form at the moment.

Most of the top-order batters are in excellent form at the moment and this could give them a good headache for sure. Since Janneman Malan played well in the last contest, he is likely to be picked ahead of Markram and Hendricks.

Andy Balbirnie was the star performer in Ireland’s famous win against South Africa in the ODIs and is likely to lead the team from the front here as well. In that match, he smashed 10 fours and a couple of sixes for his 102.

Quinton de Kock played well in the last contest and had managed to score a ton there. He smashed 120 from just 91 and will be leading the race for the captaincy in the fantasy side here.

Janneman Malan is likely to play this contest ahead of other top openers in the team because of his current form. The South Africa opener was the player of the match in the last contest and he also won the player of the series. He smashed 177* in his last outing.

Rassie Van der Dussen will be the player to watch out for in this contest. He is in excellent form at the moment and one can expect a big knock from him here today. He holds the key in the middle order for the team here.

Simi Singh became the first-ever player to score a ton while batting at number eight in the ODIs. He will be looking to continue his good form here as well. He will be bowling his full quota too.

Kevin O’Brien is back into the side and nobody needs a reminder regarding how dangerous he is. However, he is currently undergoing a form slump and will be looking to bounce back here.

Paul Stirling is just too good to be missed out here. He has vast experience and will be leading the batting attack of the team here. One can expect him to give his team a brisk start today.

Who Will Win Today Between IRE vs SA Dream11 Prediction, 1st T20I?

According to Kheltalk’s astrology IRE vs SA Dream11 match Prediction, South Africa will begin this contest as favorites. They are coming into this series after winning the T20I series against Pakistan and will hope for a good run here as well. Interestingly, this is the first time both South Africa and Ireland are facing each other in this format.