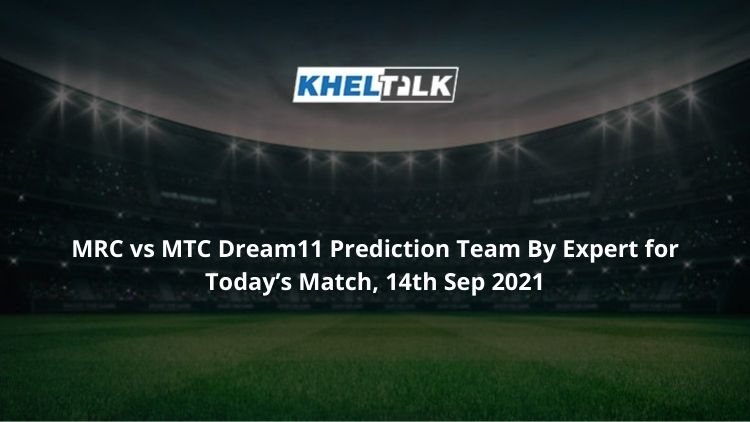 In the first match of a doubleheader on the last day of the league matches, Masters Cricket Club will lock horns with Masters RCC.

Masters RCC is in the top spot of the points table with four wins from eight matches. They had a couple of matches washed out and currently have ten points. Eranakulam Cricket Club also has 10 points but due to better net run-rate, Masters RCC is at the front.

On the other hand, Masters Cricket Club is in the fifth spot in the points table. This is an important contest for the team as a win here will keep them in the hunt for a place in the play-offs.

Going by what we have seen in this tournament, the pitch will assist the bowlers more and is on the slower side. Most of the recent matches here went to the team batting second and one can expect both teams to opt for chasing at this venue. Spinners will hold the upper hand in this contest.

After heavy rain on Monday, one can expect the climate to cool down on Tuesday in Kerala. However, the climate will be mostly cloudy and there is a 20 per cent chance for the rain to take over.

This is one of the balanced teams available here and most of the players are in excellent form. Scaria is likely to feature in this contest after missing out the initial contests.

The team has been inconsistent here. They had their best as well as worst days. However, one can trust them to step up to win this contest as they are in verge of making it to the semi-final here.

Raj is the best choice when it comes to the keepers in this contest. He has been excellent behind the stumps and also has managed to contribute with the bat too. He is the one to watch out for here.

Prasad holds the key in this contest. He could vital here. His best performance came against Jolly Rovers where he had 98 runs to his name. The knock had five sixes and eight fours.

Kunnummel will look to bounce back in this contest. He is an attacking batter and is likely to do well here. In the contest against ENC, he smashed six sixes for his 89.

Sanjeev showed a glimpse of form in his last contest against ENC. He had 27 runs including a six to his name. He will be looking to add more to that tally in this contest.

Joseph recently picked up three wickets against ENC team and is likely to grab a wicket or two in this contest too. He will be keen to contribute with the bat as well.

Sabu is likely to play this contest and if he does, he can be backed for his bowling ability. Recently, he had picked up four wickets against the team KDC and is likely to do well here.

Raveendran is the top pick from the bowling department in this contest. He has picked up at least a wicket in every single contest so far. In the last match against ENC, He had three wickets to his name.

Who Will Win Today Between MRC vs MTC Dream11 Prediction, 29th match?

According to Kheltalk’s astrology MRC vs MTC Dream11 match Prediction, Masters RCC are likely to win this contest. They have some of the well-known names in the team who are capable of pulling off wins single-handedly. Also, the team has the strongest bowling line-up here. They are likely to better their lead at the top in this contest but it is not going to be easy for them today.