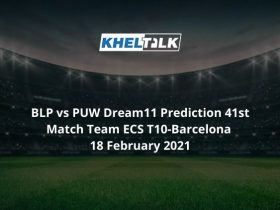 In Round 7 of Plunkett Shield, Central Stags will take on Otago Volts in what you call a dead rubber. Canterbury has already won the trophy when they had a win against Central Stags a few days ago.

This is the 2nd last match for both teams and they are playing for pride at the moment. Comparatively, Central Stags are the better team on papers but they will be missing out Will Young who is currently with the national team.

Otago, on the other hand, did well to draw the match against Auckland in the last contest where most of their seasoned campaigners showed up. Now, this calls the edge of a seat thriller and we can expect a close contest here.

Here are the stats for the teams OV vs CS:-

During these unprecedented times, Dunedin has become the favourite hunting ground for New Zealand. They have seen domestic contests, international matches as well. Back to Dunedin, Otago will be glad to host the Stags here. The conditions will assist the bowlers more and in recent ODI between New Zealand and Bangladesh, we did see Trent Boult dominate the bowling. There will not be a lot of changes here and we can expect a good contest here.

This is going to be a tricky contest when it comes to the weather. Going by the forecast, Friday will witness the sun being wrapped up behind clouds, something that will come in handy for the pacers and the following next three days will be dominated by rains. One can only pray for a full game here, well, fingers crossed.

Since the condition will support the pacers more, it’s good to go with more number of bowlers here and Michael Rae is the must-have pick from Otago. He recently had four wickets against Auckland Aces and considering this is his home condition, he fits well.

Otago has named an unchanged squad for this contest and of course, they didn’t have to change things here because most of their star players did well to draw the contest against Auckland.

The team is likely to go in with an unchanged eleven in this contest. Once again the skipper Hamish Rutherford will be the player to watch out for as he will be looking to lead the team from the front for a win.

Central Stags also has announced an unchanged squad for this contest and they do have a good record against Otago and we can expect them to go all-in here.

It is a good sign that the team will be going in with two of the best players of the Stags, Tom Bruce and Doug Bracewell. The presence of both the players should fill the void created by the unavailability of Will Young.

Here are a few predictions for the captain pick for the OV vs AA clash.

Hamish Rutherford once again will be leading the race for captaincy in the fantasy team here. The stalwart did struggle initially but was able to find his form now and he played freely in the last contest where he had a brilliant half-century. He is the leading run-scorer for his team at the moment.

Rippon has been excellent throughout this domestic season. He has been their go-to man, their rescuer and of course, an underdog when it comes to captaincy. He has more 17 wickets and is the only player from Otago to score a ton in this year’s Plunket Shield.

Doug Bracewell once again will have a lot of work to do here. In the last match, he took his team to a decent total by adding a half-century to his tally and also had a couple of wickets. He is their main man when it comes to bowling and will be taking care of the middle-order here.

With a couple of half-centuries to his name, George Worker could be the game-changer here. He did well in the Super Smash as well as in the Ford Trophy and it’s only a matter of time here. He will be opening the innings for the team here which will be an added advantage.

Raymond Toole is more of an underrated bowler in the team despite having the 2nd most number of wickets for CS at the moment. With Seth Rance not playing this game, he will be the player to watch out for here and he will be raring to go after missing out in the previous contest.

Here is the Dream 11 Team prediction for OV vs CS. We are going with players who are currently in good form and can win the match with ease.

Head To Head Team For Otago Volts vs Central Stags

Who Will Win Today Between OV vs CS Dream11 Prediction, 20th match?

According to Kheltalk’s astrology OV vs CS Dream11 match Prediction, CS will win the match, if not, it will be a draw considering the fact that there will be rains in the last couple of days. Nevertheless, it will be a close contest with pacers dominating the whole match.

According to Kheltalk’s OV vs CS Dream11 toss prediction, OV will win the toss and ask CS to bat first. Whoever wins the toss, they are likely to bowl first here as the batting gets easier in the 2nd half of the match.