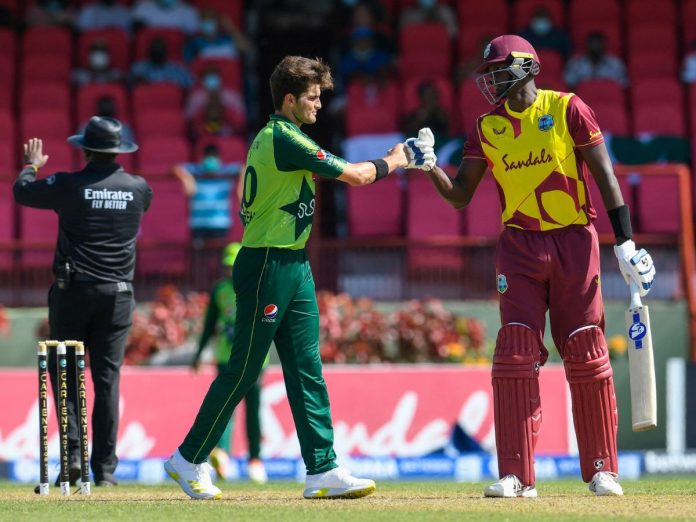 Pakistan and West Indies will lock horns for the second time in the series. Pakistan had won the first match by chasing down 306 in their 50 overs. Skipper Babar Azam led from the front with yet another ton as he took the team home to give them a 1-0 lead in the series despite Shai Hope magic in the first innings.

The surface at Multan will provide great assistance to batters and offers very little support to the bowlers. The team bowling first has won most of their matches here. This match is expected to be full of runs.

Despite winning the first match, the team did leak runs which made it difficult for the batters in the end. Thus, the team will reconsider their line-up and will look for an extra bowler here.

The team batted well in the first innings but couldn’t defend a 300-plus total. They will be kicking themselves for allowing Pakistan to chase down a massive total. However, the team is likely to go in unchanged here.

Babar Azam is the best choice for captaincy here. He had a ton to his name in the last contest and is likely to add more to that tally here once again.

Khushdil Shah was the player of the match in the last contest. The all-rounder had a good cameo and ended up helping the team to cross the line. His knock turned the match towards Pakistan.

Mohammad Rizwan batted well in the last contest. He made 59 runs from 61 deliveries and the knock had two boundaries and a six.

Haris Rauf could fit in as a good vice-captain pick. The attacking bowler is the leading wicket-taker of this series. He has four wickets in the series so far.

Who Will Win Today Between PAK vs WI Dream11 Prediction, Today’s match?

According to Kheltalk’s astrology PAK vs WI  Dream11 match Prediction, Pakistan will begin this contest as favorites. Based on form, Pakistan is likely to outplay West Indies as well. However, West Indies did well in the last contest and they will be keen to bounce back in the series

According to Kheltalk’s PAK vs WI Dream11 toss prediction, Pakistan will win the toss and will look to bat first at this venue. The team has done well while batting in recent times.