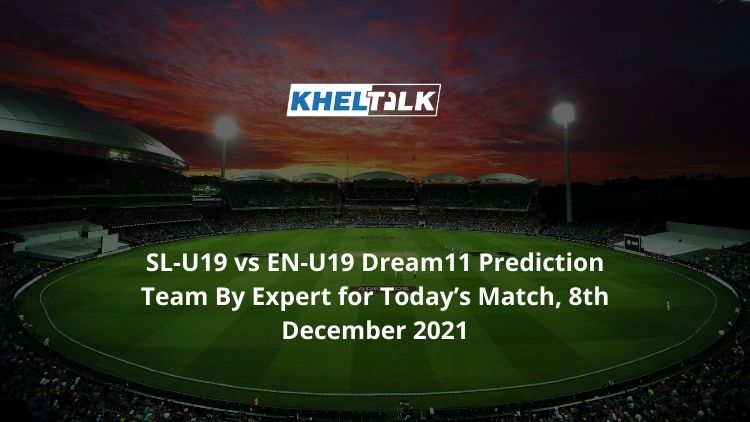 After suffering defeat in the opening game of the tour, the Sri Lankan Under19 lads took the humiliation very seriously and tighten their belts to notch the second ODI by 148 runs while the third game saw them winning by 2 wickets and six overs remaining. Now, they would want to keep the momentum alive and win the series when they step up for the fourth game of the series.

The pitch has been assisting the batter as well as the pacer. Batsmen much take time to settle themselves on the turf. The team winning the toss will look to bowl first.

No changes are expected from the Lankan’s side. Not to forget, they lost eight wickets while chasing 114 runs on the board.

England Under 19 must discover their winning combination as they are in a dire situation of losing the series. Changes are expected in the batting department.

J Rew looks consistent with his bat. In two innings, he has scored 50 and 40 runs respectively to keep the hopes alive. So far, he has been a sole contributor in the batting department.

Rehan Ahmed and J Boyden have been the only effective bowler for the English team. Ahmed has chipped six while Boyden has got five wickets to his name.

D Wellalage has been contributing with both bat and ball. He has scored 124 runs in three innings and has chipped nine wickets to his name.

R Somarathne and P Pathiraja have also been consistent with their bat as they have hammered 117 and 135 runs respectively for the Lankan side. Don’t miss them out.

Who Will Win Today Between SL-U19 vs EN-U19 Dream11 Prediction, Today’s match?

According to Kheltalk’s astrology SL-U19 vs EN-U19  Dream11 match Prediction, SL-U19 is likely to win this contest. based on the current form, Sri Lankans under 19 have performed exceptionally well in all the departments and would give in everything to notch this series.

According to Kheltalk’s SL-U19 vs EN-U19 Dream11 toss prediction, SL-U19 will win the toss and will look to bowl first at this venue as this is a good batting surface.