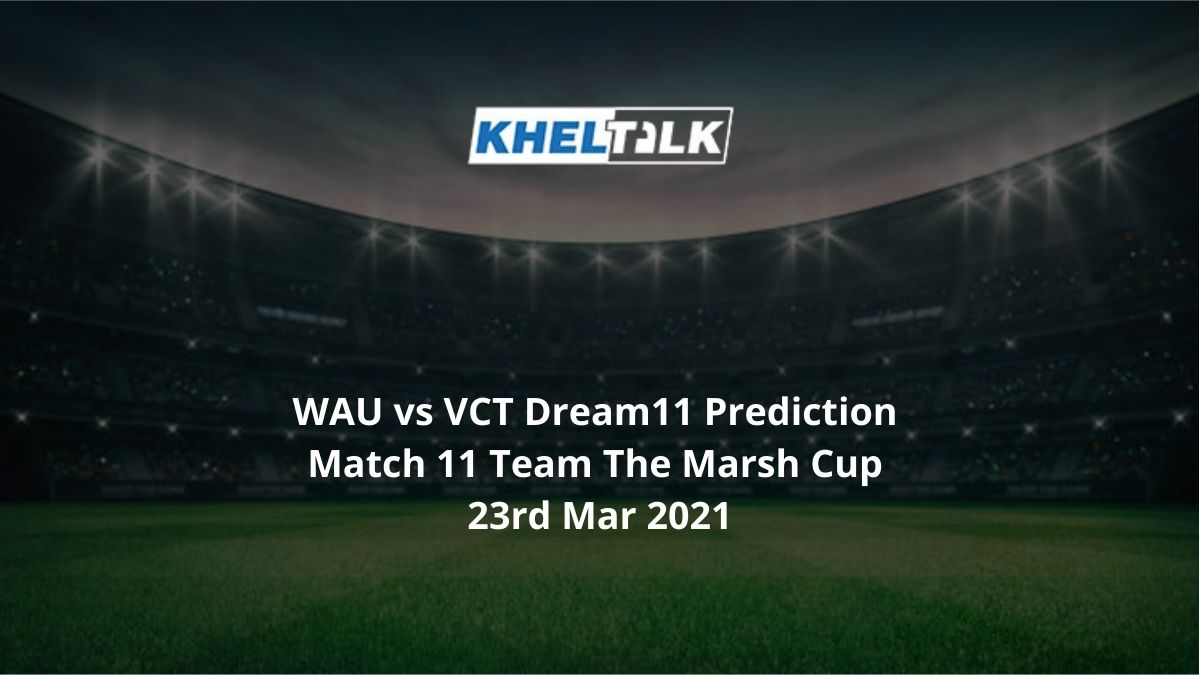 The weather has played the spoilsport in the recent few contests in the Marsh Cup. This includes a few key battles which could have impacted the points table. However, there is still a huge chance that we could see a complete shuffle in the table since almost all the teams are still on the hunt for the next round.

Among these two teams, West Australia are more balanced and had a good opening to the tournament. The major issue for them is consistency and bowling. The team produced two contrasting performances with the bat recently; in the first match, they had 300-plus runs and in the second, they couldn’t even cross 170. Their bowling has been pretty ordinary in both matches, something they would love to work on.

For Victoria, they have a good squad but none of them is currently in form. The team solely depends on the performances of Peter Handscomb and he rarely had any support from the other end. Their bowling department is more of a weaker link here. However, going into this contest, they will be glad to have James Pattinson back in the side.

Here are the stats for the teams WAU vs VCT:-

Australia’s one of the famous and prestigious venues, WACA at Perth have seen everything. Right from Glenn McGrath’s hattrick in 2000 to Adam Gilchrist’s 57-ball ton in the Ashes 2006. Those days, the pitch used to be a terrifying one for the batters but in recent times, the pitch surface has flattened out to assist the batters as well.

On Tuesday, we can expect a traditional bouncy wicket with the pacers holding the upper hand. The outswingers will be the bowlers’ USP here and the slip will be having a lot of work to do. With time, the batters will be able to middle the ball perfectly. The average first innings score at this venue is 226.

One main good news for the teams here is the weather. A full match on cards here as according to the forecast there is no chances of rain on Tuesday. The cool afternoon will facilitate swing for the bowlers and the team winning the toss here would love to bowl first. Going by the stats in the ODIs at this venue, there is nothing much to choose between the team batting first or second. Among the 81 matches played, the team batting first has won 41.

Both the teams have some solid names in their line-up. Going by the current form, it is good to go with more number of players from Western Australia as they are one of the strongest teams in the contest. It is still unsure if Shaun Marsh will be playing this game or not. So, it’s good to wait until the line-up announcement. If Marsh is playing, he is the best choice for the captain.

Apart from Peter Handscomb, one can depend on Nic Maddinson and Sam Harper in this contest. Both the players have a decent record against Western Australia and are in good form compared to other players in the team.

With the return of James Pattinson, Victoria’s bowling is looking stronger than their opponent’s bowling attack. If other bowlers could chip in for early breakthroughs, Victoria does have a good chance of winning this contest.

Shaun Marsh is unlikely to feature in this contest but there is still a chance of last-minute change based on his availability. Of course, his absence is a huge void in their batting order, something we have seen in the 2nd match where they failed miserably. However, the team will be looking to regroup here and they do have a good line-up to dominate Victoria, thanks to the presence of Bancroft, Green among others.

If the part-timers could chip in for a few tidy overs, West Australia can overcome Victoria challenge with ease.

Josh Inglis had an excellent BBL and so did Hilton Cartwright. Both the players are more of mandatory choices in the fantasy team. Also, Cameron Green who has been making heads turn for a while now will have a huge role to play here with both bat and ball.

Peter Handscomb will be leading the race for the captaincy in the fantasy team once again. So far in the two matches, he had played, he had managed to grab 126 runs with the best of 95 runs to his name. With three sixes and seven fours, Handscomb averages close to 63 in the tournament and is likely to don the glove duty as well. Also, he has an excellent record against West Australia. In the last contest they have played, he had managed to score 73*.

Cameron Green played an excellent knock in the first outing along with Shaun Marsh. Green ended up scoring a century, added 144 runs to the total. To add more, the team will be playing at the same venue which will be an added advantage. Also before his 144 at this venue, Green smashed 168* runs in the Sheffield Shield against South Australia. Perth certainly looks like his favourite hunting ground at the moment.

James Pattinson is available for this contest, a big piece news for Victoria who are struggling with the form at the moment. Pattinson’s form has been very good lately and he has picked up 9 wickets in his last three innings. Also, in Marsh Cup, he has played only one match and has ended up scoring a fifty and had two wickets as well.

Cameron Bancroft, despite his poor form, has made it to this list because of his ability to turn things around with ease. Most importantly, he has a good record against Victoria. In his last outing against the same opponent, he had 76 runs with 4 fours and 2 sixes while batting in the middle order. He certainly will be looking to draw some inspiration from that performance to bounce back here.

He will be donning the gloves for Victoria in this contest. He so far is having a decent tournament with 58 runs to his name with the best of 51. He will be opening the innings for the team and so far has a healthy strike-rate close to 78 in this tournament at the moment.

Here is the Dream 11 Team prediction for VCT vs QUN. We are going with players who are currently in good form and can win the match with ease.

Head To Head Team For Victoria vs Western Australia

Who Will Win Today Between WAU vs VCT Dream11 Prediction, Match 11?

According to Kheltalk’s astrology WAU vs VCT Dream11 match Prediction, WAU will win the match. Western Australia has won four out of their last five contests against Victoria in Marsh Cup and almost all of them came while batting first.

According to Kheltalk’s WAU vs VCT Dream11 toss prediction, WAU will win the toss and will opt to bowl first. Going by the record, the team batting second has a good record in limited-overs. James Pattinson will be the key player in this contest as he can swing the ball both ways.