Welsh Fire will host Manchester Originals on Saturday at Cardiff. Unlike their counterparts, Welsh Fire is on top in men’s competition. The team is unbeaten at the moment and has won two matches so far. They are at the 2nd spot in the points table.

Manchester Originals have had all three results so far. They got a win, went down once and also witnessed rain take over the day. Thanks to their excellent net run rate, the team is currently in the 3rd spot in the points table.

Luckily for us, there is no heavy rain possible on Saturday in Cardiff, according to the forecast. The whole day will be cloudy and the temperature will be 20 degrees Celcius for the whole day.

It is going to be a difficult game for Welsh Fire as they set to lose Jonny Bairstow to England. He will be reporting to the national duty. However, the team do have enough power to fill his shoes and most of it will depend on Glenn Phillips.

The team will miss Jos Buttler and Ollie Robinson for the same reason as Jonny Bairstow. Both the players will be reporting for the national duty ahead of the Test series against India. However, the team do have enough power, thanks to big hitters like Colin Munro.

Ben Duckett has been consistent and was playing the perfect anchor role for Jonny Bairstow who look on bowlers. However, his role is likely to change here in the absence of Bairstow. He so far has 94 runs with a strike rate close to 155.

Tom Banton showed a glimpse of form recently when he smashed 34 runs. However, the wicket-keeper batter has been struggling throughout year and will be keen to put an end to his misery. One can expect at least 40 to 50 runs from him today.

Jimmy Neesham was unplayable a couple of days ago where he went on to pick three wickets. Since he can also contribute with the bat, he is one of the top choices for the captain in the fantasy side.

Qais Ahmad is likely to pick up a wicket or two in this contest. The spinner so far has four wickets from his two outings and will be keen to add more wickets to the tally here. This could be his day.

In the absence of Jonny Bairstow, Glenn Phillips will have to step up in order to fill his shoes. The Kiwi cricketer is likely to be pushed up the order and a good cameo from him can prove vital in this contest. He could bowl a few deliveries here.

Matt Parkinson has already delivered the ball of the tournament a couple of nights ago. The spinner is in excellent form and is one of the mandatory picks in this contest. He so far has five wickets to his name with the best of 4 for 9.

Carlos Brathwaite needs no introduction. He has been impressive with the ball for a while now and is likely to pick up a wicket or two in this contest. One can expect him to contribute with the bat as well.

Colin Munro is yet to perform big in this tournament and it is only a matter of time. The Kiwi opener is likely to be the difference between the two teams here. He so far has a couple of cameos to his name.

Who Will Win Today Between WEF vs MNR Dream11 Prediction, 12th match?

According to Kheltalk’s astrology WEF vs MNR Dream11 match Prediction, Manchester Originals are likely to win the game. Though Welsh Fire have performed well than the Originals in this tournament, the loss of Jonny Bairstow will be huge for them and it will be interesting to see how they fill his shoes.

According to Kheltalk’s WEF vs MNR Dream11 toss prediction, Manchester Originals are likely to bowl first. Since the pitch will not change much during the match, the teams are likely to opt for chasing here 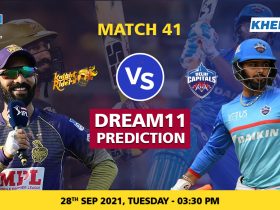