Fantasy Cricket prediction: Who will pick most wickets for India in the T20 World Cup 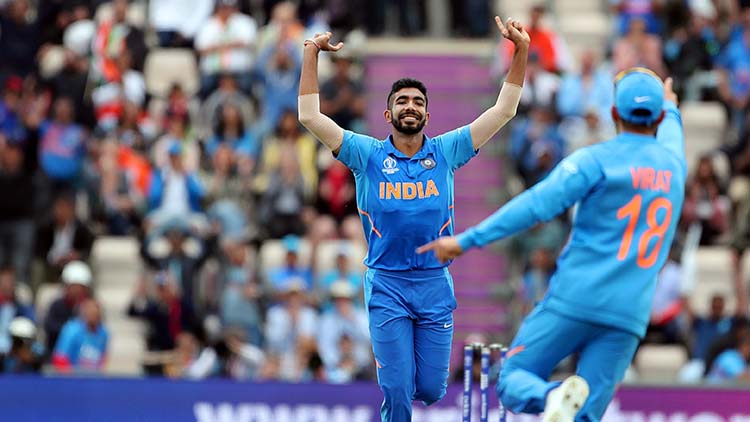 October 18, 2020, is the scheduled date for the ICC T20 World Cup 2020 to kick off. The current situation owing to the global Pandemic of the COVID-19 that the world is facing has also affected the Cricket world. Yes, even the cricketers have no choice but to stay at home!

Amidst the Novel Coronavirus Pandemic affecting the world and forcing most of the countries under the lockdown, ICC is dedicated to going ahead with the marquee event.

If the conditions do not improve, then only the Tournament will see being pushed later. But as things stand today, October 18 is the day that the ICC is keeping with as the commencement date for the 2020 ICC Cricket T20 World Cup in Australia.

Dream11 match prediction for who will take most wickets

In this context, let’s make a Fantasy Cricket prediction on who will take most wickets in the forthcoming 2020 ICC T20 World Cup.

Let’s take a look at the possibilities of who can come out as the highest wicket-taker in the Tournament in this post!

With the 13th Edition of the Indian Premier League (IPL) being postponed indefinitely, the ICC T20 World Cup 2020 is the only event being speculated to begin on time.

The cricketing event will see 8 highly ranked Teams who have already made it to the qualifications.

From the remaining 8 Team that includes big guns like Sri Lanka and Bangladesh, 4 will be going to Super 12 and join the qualified 8 sides. In the Super 12 stage, 6 Teams will further break away into 2 groups such as Group 1 and Group 2.

In today’s match prediction, we will go ahead and Yazuvendra Chahal and Jasprit Bumrah to end up being the highest Indian wicket-taker in the ICC T20 World Cup.

After Rashid Khan, Jasprit Bumrah has been the 2nd highest wicket-taker in the T20s. You can’t doubt his potential, and he may finish being the one with most scalps.

He has many things in his arsenal like slower ones and toes breaking Yorkers, which can unbalance any batsman. He has taken 59 wickets since 2016 in 50 T20s at only 6.6 rates of the economy. He will need to play his part well if India has to lift the WC.

Yazuvendra Chahal is probably the most consistent of the T20 bowlers for India, and he is being counted upon to lead the spin attack of India. He may be given the go-ahead of Kuldeep Yadav, another amazing bowling prospect in most matches. Chahal has been the fastest Indian to get to 50 wickets in T20 Internationals.

Yazuvendra Chahal also holds the record for the 2nd best bowling figures inT20 Cricket. His 6 for 25 that he grabbed against England speaks volumes of his variety and consistency.

Chahal is sure to play a vital role for India to help it lift the ICC T20 World Cup for the 2nd time after 2007.