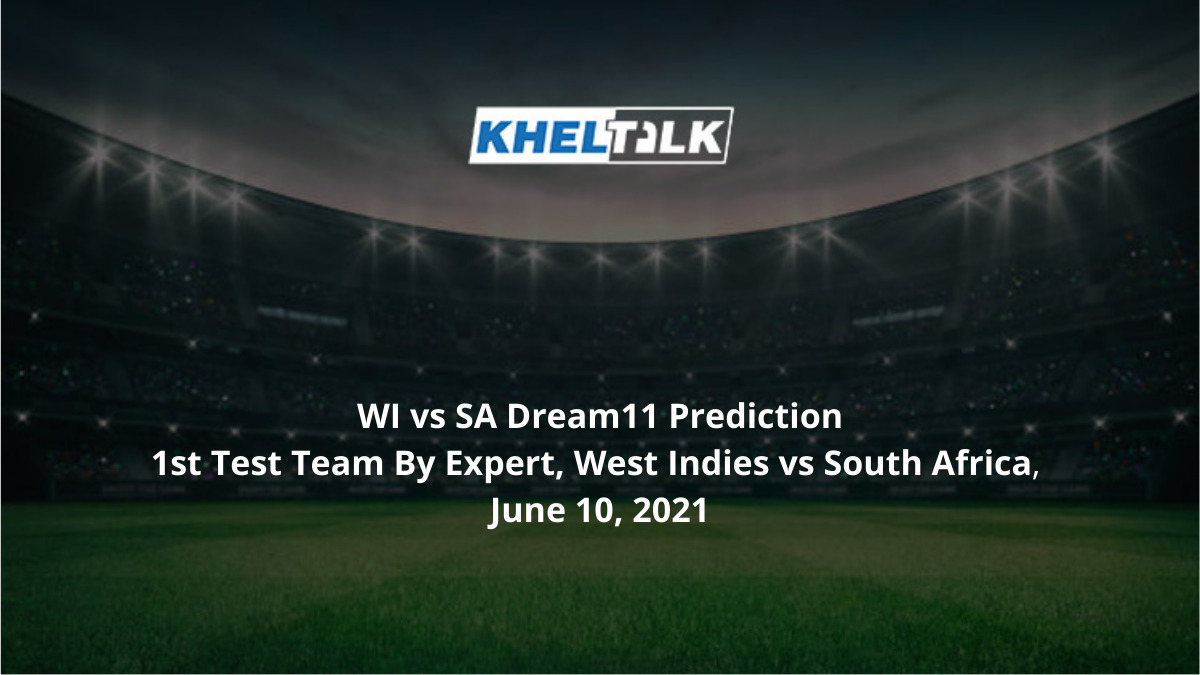 Both teams will enter this contest with new captains. Kraigg Brathwaite is into his 2nd series while Dean Elgar will lead the team for the first time since his appointment. This match is not a part of the World Test Championships but could help both teams to find out new talents.

Interestingly, West Indies will enter this contest as the 6th placed team in the rankings, one higher than the visitors. South Africa fell to number seven after their series loss to Pakistan recently.

The Darren Sammy Cricket Ground has been batters’ ally and there will be good support for the pacers as well. Day four and five will belong to the spinners because of the slow nature of the pitch. The venue has hosted seven Tests so far and three of them went to the team batting first. The highest score at this venue is 588 while the average first innings score is 374.

Day one is likely to be filled with light showers so is day five. According to the forecast, the other three days are likely to be covered with cloud and there is a limited chance for rain. The temperature will be around 27 to 31 degrees Celcius for most of the Test.

Since both teams have a powerful bowling line-up, it is good to go with more bowlers, especially, pacers from both teams. Also, Dean Elgar and Kraigg Braithwaite are must-have choices in the fantasy team.

The team has brought back Kieran Powell who will be opening alongside the skipper Brathwaite. The team also has Shai Hope in the line-up who is likely to play this game. This means Bonner will have to sit out. Jayden Seales is likely to make his debut here.

Temba Bavuma is doubtful for the Test because of hip injury struggle. This will make way for Kyle Verreynne who is likely to make his debut alongside Keegan Peterson. The team is likely to go in with Keshav Maharaj and Wiaan Mulder as well.

The skipper Dean Elgar is in good form and will look to lead his team from the front here. He has scored 4260 runs in his Test career and had a couple of fifty-plus scores in the recent first-class matches. He has 270 runs against West Indies in Tests.

Kraigg Brathwaite averages close to 34 in his Test career and he is in decent form at the moment. In his last Test against Sri Lanka, he had 126 runs in the first innings and followed it up with 85 runs in the 2nd innings. He so far has scored 183 runs against South Africa.

Jason Holder is the most common choice for the captain in the fantasy side. He recently scored an unbeaten 71 against Sri Lanka in the final Test and was among the wickets too. In Tests, he had 123 wickets and 2253 runs.

Aiden Markram did well in T20Is against Pakistan recently. In his last four matches, he has scored 50-plus runs in three of them. In Tests, he has scored 1760 runs with an average close to 41. He has five tons and eight fifties to his name.

Rassie van der Dussen has been one of the consistent performers for South Africa lately. In the recent Pakistan series, He smashed a ton and 60 runs in the ODIs and also scored a fifty in the T20Is. He is likely to bat at number four for the team today.

Wiaan Mulder is an excellent all-rounder and is likely to play ahead of other spinners today. He has picked up 11 wickets in his Test career and is very handy with the bat too.

Who Will Win Today Between WI vs SA Dream11 Prediction, Match 1?

According to Kheltalk’s astrology WI vs SA Dream11 match Prediction, the match is likely to be a draw. If not a draw, West Indies are likely to win this because of the home advantage. Both teams have a good bowling line-up but it will be interesting to see how they cope up with long sessions.

According to Kheltalk’s WI vs SA Dream11 toss prediction, West Indies is likely to bowl first at this venue. Since the pitch will assist the pacers more, both teams will look to dominate early in the innings. One can expect South Africa to go in with a lone spinner in form of Maharaj here.