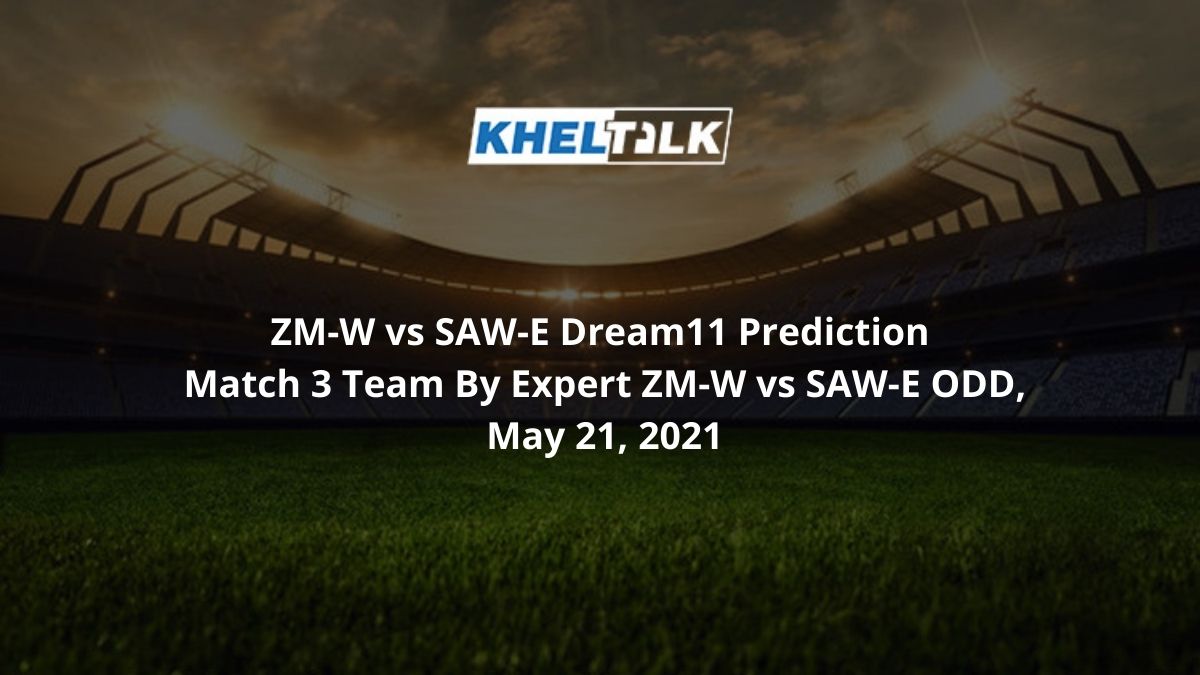 After two losses, Zimbabwe will be hoping for a better result in this contest as they host the Emerging team for the final One-day. In the match, the team came closer to victory, only to lose the match by 32 runs. In the second, the South African Emerging team batters outplayed the hosts and as a result, the hosts ended up losing by 89 runs.

On the other hand, the Emerging women’s team will be glad with their performances, especially, Steyn who has made a strong statement with back to back ton.

This is a good batting-friendly pitch and most of the teams have preferred chasing here. However, the South African Emerging team proved everyone wrong by winning both their contests by batting first. Once again, they will be keen to bat first because it is their USP.

We are going to witness a sunny day in Zimbabwe on Saturday. The climate is better than what we had seen in the past two matches and there is a chance that both teams might go in with extra batter. The temperature will be around 16 degrees Celcius for the most part of the day.

Zimbabwe will be keen to bounce back here after a couple of poor losses. The team is likely to go in with Chipare and Nire in this contest. Chipare will add that extra cushion when it comes to the batting.

Brits found her form at the right time which is a big boost for South African team. The team’s batting is in excellent form at the moment and are likely to change their eleven here. However, there might be a change in batting order of the team.

Anneke Bosch is one of the top picks for the captain here. She didn’t play in the last match but is likely to make a comeback here. In the first match, she had 40-odd runs, and can expect her to contribute with the ball too.

Andrie Steyn is the most popular pick for the captain in the fantasy side because of her current form. The skipper has led the team from the front very well and has two tons in her two contests. In the last match, she had 135 runs and in the first match, she had 100.

Tazmin Brits will be looking to contribute more to this contest. She will be kicking herself for missing out on a ton in the last match. She smashed 13 fours for her 84 in the last contest and she took just 59 deliveries. She will be opening the innings as well.

Modester Mupachikwa’s experience will come in handy in this contest. She did well in the last match, had an unbeaten 95 while opening the innings for the team. Unfortunately, she ran out of partners else would have had an excellent ton.

The skipper Nkomo is a mandatory pick here. She is in good form at the moment and has a couple of half-centuries so far here. In the last match, she made 60 runs and the knock had seven fours. She is the our trump card pick today.

Who Will Win Today Between ZM-W vs SAW-E Dream11 Prediction, Match 3?

According to Kheltalk’s astrology ZM-W vs SAW-E Dream11 match Prediction, South Africa Emerging team once again will begin this contest as favourites. They are in excellent form and has won both their matches so far. Zimbabwe, on the other hand, will look to end things on a high.

According to Kheltalk’s ZM-W vs SAW-E Dream11 toss prediction, Zimbabwe will look to bat first for the first time in the series. The team has ended up on the losing side in both their contests when they tried to bowl first, thus, this might work well for the team.