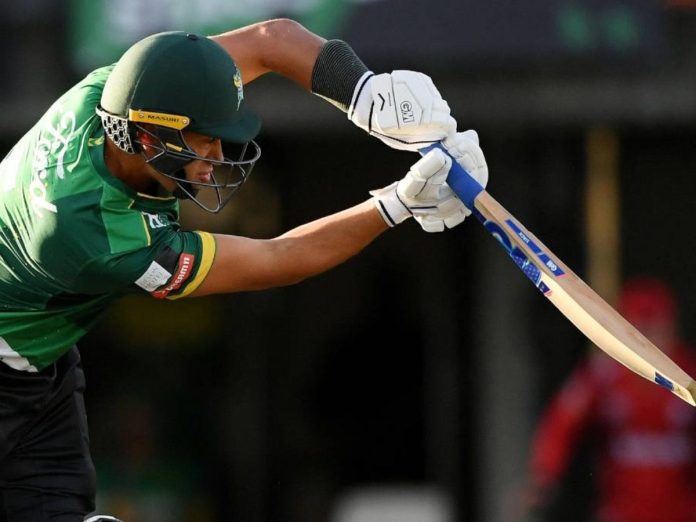 Welcome to CS vs AA Dream11 Prediction for Today’s Match Fantasy Cricket. Central Districts will take on Auckland Aces in the 12th match of Super Smash, 2022/23 on Thursday, 5 JAN 2023, at New Plymouth. Keep reading to find out about the CS vs AA Dream11 team today.

Central Stags and Auckland Aces will meet in the 12th match of the tournament. Stags have done well to win two out of their three matches so far. They are in the 3rd spot but have played one game lesser than the top two teams. Therefore, a win here will take them to the top of the table.

Auckland Aces, on the other hand, have one win so far. Their last game ended in a tie and they had to share points with Otago. With six points to their name, Auckland is in the fifth spot in the points table.

The surface at Plymouth is a balanced pitch. Batsmen will enjoy the surface. The team winning the toss will look to bat first at this venue as the majority of the games played on this ground have been won by the team batting first. The spinners will come into the picture as the game progresses.

Doug Bracewell is in good form currently. He made 39 runs from just 18 deliveries and also picked up two wickets in his last game. He is likely to play a major role here as well.

Dane Cleaver could prove vital in this game. He has done well to score good runs regularly and he will be keen to play a big knock here. The keeper scored 32 runs from just 21 deliveries in the last game.

Josh Clarkson changed things for Central Stags in the last game. He made 58 runs in 29 deliveries while batting at number six. He is expected to get a promotion in the batting order here.

Sean Solia has been a consistent performer in the tournament. The Auckland all-rounder smashed 39 runs off 29 balls and also picked up two wickets in the last game. He will be a key for Auckland in this game.

Lockie Ferguson might turn expensive but is a good wicket-taking option available in Auckland’s line-up. He picked up two wickets in the last game and is expected to dominate with the ball here.

Who Will Win Today Between CS vs AA Dream11 Prediction, today’s match?

According to Kheltalk’s astrology CS vs AA, Dream11 match Prediction, Central Stags are the favorites to win this contest. Aces’ top order looks glim and their bowlers are struggling to find the form compared to Central Stags bowlers. A win here will take Stags to the top of the table.

According to Kheltalk’s CS vs AA Dream11 toss prediction, Central Stags is likely to bowl at New Plymouth. The team bowling first has more chance of winning this game. One can expect a similar result here as well.