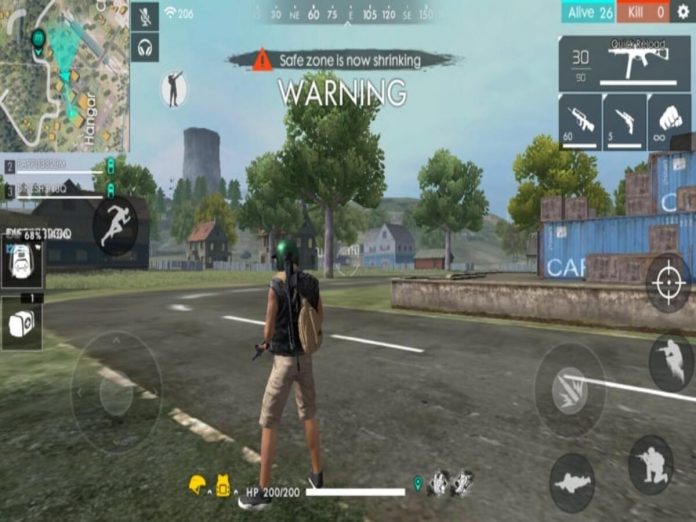 In the fiercely competitive game Garena Free Fire, participants compete to survive as long as possible. At the outset of the game, 50 players are matched to participate against each other. All players must remain on the field after entering it until the very end while protecting themselves and killing other players. It is at its core, a survival-based game but the number of kills is also very important.

Similar to PUBG, in Free Fire too, as time goes on, the safe play area gets smaller and smaller, confining the last few survivors in a small space and increasing the stakes. Players have to scout and loot for supplies. Players can drive around in vehicles present in the game. There are also several items for loot airdropped during the game.

Players can obtain loot from these. As alluring as these boxes may seem, they also serve as a free pass for players in the area to set up camp and go on the hunt for you thanks to the colored smoke coming from them.

Surviving throughout and winning the game is the ultimate goal without a doubt. But, there are additional factors that determine a player’s success in addition to winning games, which shows the player’s talent.

These metrics include things like their assists, headshots, and K/D ratio. Because of this, it makes sense to be interested in the Free Fire record for most kills.

We will undoubtedly witness more up-and-coming stars enter the field as a result of Esports receiving so much mainstream attention in recent times.