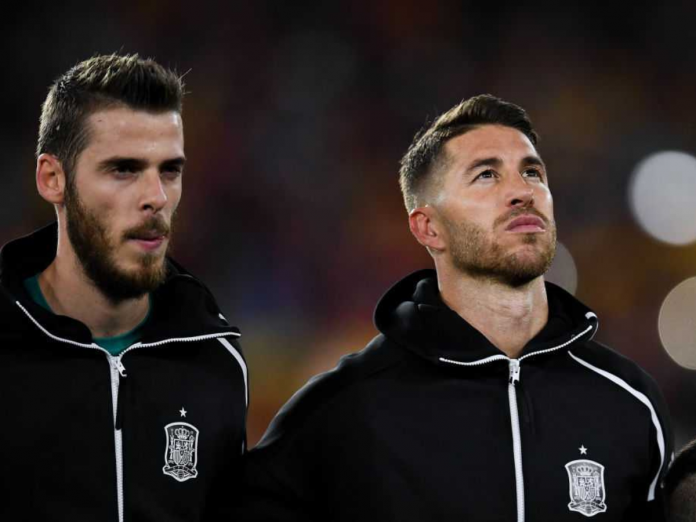 Head coach Luis Enrique has named a 25-member strong team of Spain for the upcoming UEFA Nations League. The team boasts of strong members who have the ability to win watches for the Spaniards.

However, Enrique has left out a few big names in this process who play in the Premier League and Ligue 1 and this has attracted a lot of attention.

The Spaniard has welcomed newcomers Borja Iglesias and Nico Williams and some of the players like Aymeric Laporte and Gerard Moreno could not make it to the side because of injury concerns.

In this article, we take a look at 3 big names that are missing in Spain’s squad for the upcoming multi-nation event:

The biggest shocker came when the defenders list did not include veteran defender Sergio Ramos. The PSG defender has played all the games for the Italian club in this season and looked in fine touch. Enrique also did not include the doyen of Spanish football in the Euro Cup squad of 2020 and this might be a clear indication that the 36-year-old centre-back might not feature in Spain’s squad for the upcoming FIFA World Cup 2022 in Qatar.

Spanish goalkeeper David De Gea who plays for Premier League club Manchester United has been omitted from the squad. The snub allows goalkeepers like Robert Sanchez and Unai Simon to play for their nation. De Gea could well sit out during the FIFA World Cup. The 31-year-old goalkeeper has represented his nation in 45 international matches.

Liverpool midfielder Thiago Alcantara is another star player who failed to find a place in Enrique’s Spanish side for the UEFA League Nations Cup. He joined Liverpool from Bayern Munich in 2020 and has been in superb form for The Reds. The footballer from San Pietro has played for Liverpool in 50 games and has netted 2 goals.