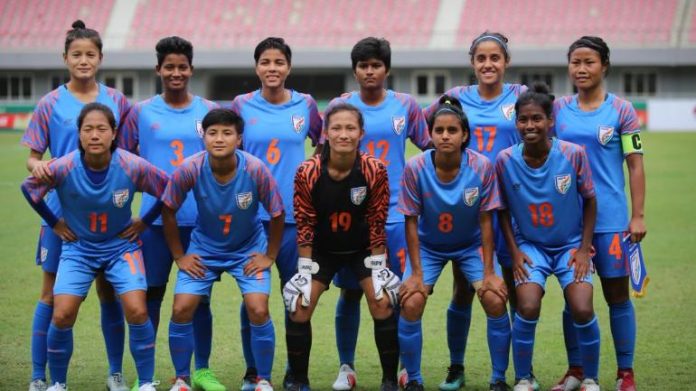 The Indian Women’s football team is all set to take part in the SAFF Women’s Championship in Nepal from 6th to 19th September. The high-profile football tournament will witness several big teams taking part in it and it will be a test of India’s skills and temperament.

The Indian women’s team will be undergoing a preparatory camp in Pune before heading to Nepal. The camp will be taking place in the Maharashtrian city from 29th August to 2nd September.

The Indian women will then leave for Nepal on September 3rd and will have a few days to accustom themselves to the conditions out there. The team will be coached by Suren Chhetri.

The 26-member squad for the preparatory camp has been announced:

The Blue Tigresses are the defending champions in the SAFF Women’s Championship. They will be facing Pakistan, Maldives and Balgladesh in their group.

Also read: Durand Cup vs ISL: What are the team names, Prize money, which one is more famous; Know more