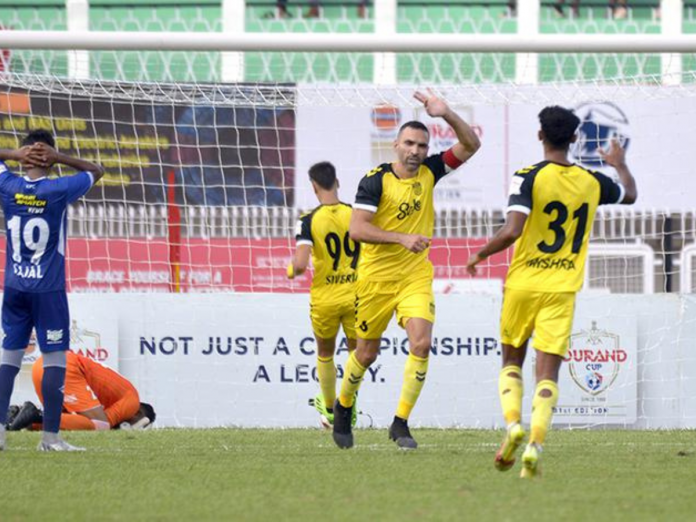 It was the last day of the Durand Cup group-stage and it most certainly lived up to its expectations. Two quality teams qualified to the quarter finals in the form of Chennaiyin FC and the inspiring Rajasthan United.

Skipper Anirudh Thapa was in red-hot form in the match against NEROCA FC as he netted a goal and had an assist under his belt. Chennaiyin FC were in firm control throughout the match and that paid rich dividends as they qualified.

NEROCA goalkeeper Soram Poirei looked sloppy on the field and let the two goals fire past him. Anirudh Thapa played like a true leader and this win bode well for Tomas Brdaric’ side. NEROCA FC had to win this game in order to survive but they failed and now are knocked out of the 131st edition of the Durand Cup.

Chennaiyin FC looked quite comprehensive throughout the match and flexed their dominant muscles over the I-League side.

Youssef Atriss and Sergio Barboza Junior netted goals for Rajasthan United and made sure they qualify for the quarter finals of the oldest football event in Asia.

Indian Navy was playing for pride but could not get the better off the I-League side.

The Durand Cup quarter finals will be played in Kolkata from the 9th to the 12th of September. All matches will take place at the iconic and prestigious Salt Lake Stadium.

Also read: Durand Cup vs ISL: What are the team names, Prize money, which one is more famous; Know more