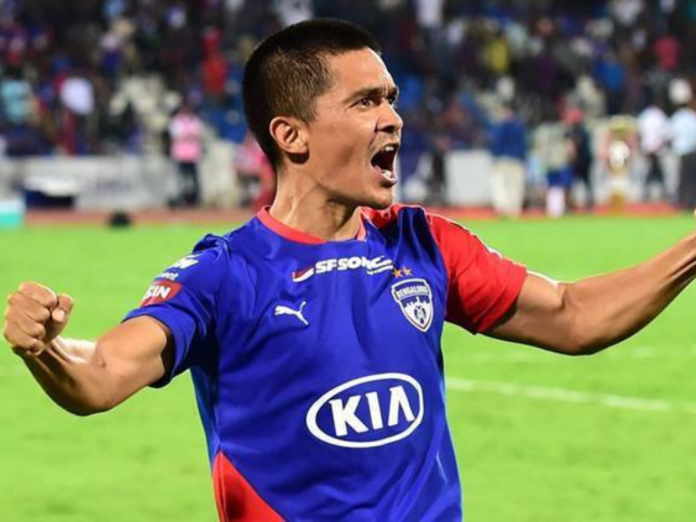 After some exciting and heart-throbbing football matches in the group-stage and knockout games of the ongoing Durand Cup 2022, we finally boil down to the summit clash.

Two Indian Super League (ISL) clubs in the form of Mumbai City FC and Bengaluru FC will cross swords with each other and would be desperate to lay their hands on the prized Durand Cup silverware.

Both Mumbai City FC and Bengaluru FC have been clinical with their performances in the Durand Cup and have a strong chance of winning the second-oldest football tournament in the world. The final is expected to be a neck-to-beck battle between the two heavyweight football teams.

In this article, we take a look at 3 players who can take centre stage in the epic Durand Cup 2022 final:

The young and versatile striker Lallianzuala Chhangte has been in red-hot blistering form in the ongoing Durand Cup 2022. The striker is the leading goal-scorer of the tournament with 7 goals under his belt. Mumbai City FC would be heavily banking on him to score goals in the epic final.

Scottish forward Greg Stewart is the second-highest goal scorer in the ongoing Durand Cup 2022 with 6 goals in his kitty. Stewart has been exceptional with his dribbling and his pace allows him to outrun the defenders of the opposition team. Simon Grayson’s Bengaluru FC should be wary of this striker’s sensational form.

The skipper of the Indian national football team and Bengaluru FC, Sunil Chhetri is an epitome of class and grandeur. He has scored 3 goals in the tournament so far and is the leading goal-scorer of the Bengaluru FC side. Simon Grayson would be heavily relying on his skipper to put up his A1 performance in the all-important final.

Also read: All players signed and transferred by Hyderabad FC in ISL 2022-23