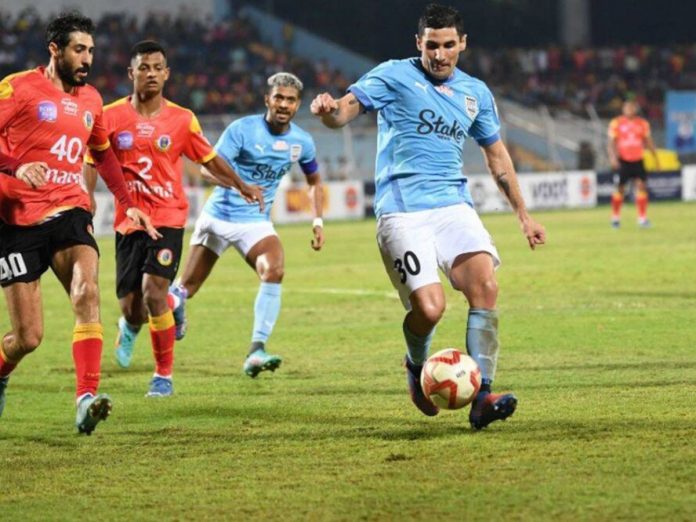 East Bengal FC registered the first win of their Durand Cup campaign as they defeated Mumbai City FC 4-3 to end their campaign on a high. On the other hand, Hyderabad FC were handed an upset loss by Army Red.

Sumeet Passi exorcized the previous match’s ghosts (where he scored an own-goal) to make sure East Bengal end their Durand Cup sojourn with a good victory.

Greg Stewart scored 1 goal and Lallianzuala Chhangte scored a brace for Mumbai City FC. In the end it was not enough as East Bengal made it home.

Skipper Suresh Meitei netted the lone goal for Army Red as the services team catapulted themselves to a thrilling victory against ISL champions Hyderabad FC.

Army Red thus finishes their campaign with 5 points from 4 games after a loss in the previous game.

On the other hand, Hyderabad FC suffered the first loss of their season after 3 consecutive wins. Regardless of this loss, they have qualified for the quarter-finals of the Durand Cup.

Army Green will be locking horns with Odisha FC today at 6 PM (IST) at the Indira Gandhi Athletic Stadium in Guwahati.