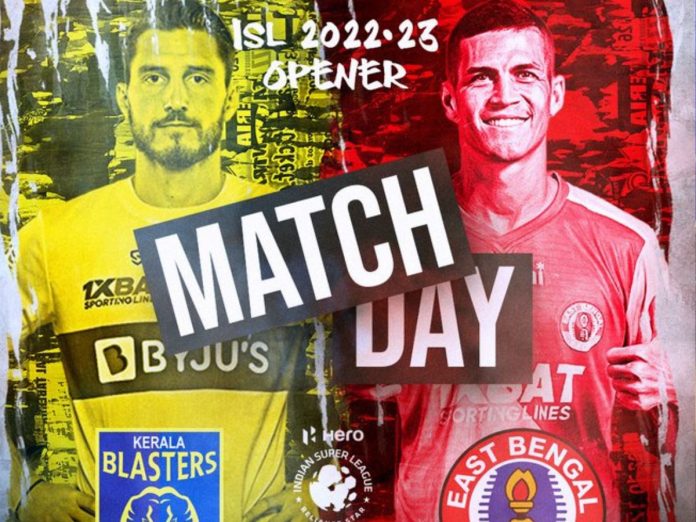 The wait is finally over! The long wait since Durand Cup 2022 is over as footballing action is back in India. The glitzy and glamorous Indian Super League (ISL) is all set to kick-start from today with Kolkata giants East Bengal FC and Kerala Blasters FC crossing swords. The match will be taking place in Jawaharlal Nehru Stadium in Kochi.

While Stephen Constantine will be making his ISL debut in this match, Ivan Vukomanovic will be looking to emulate last season’s antics. Both the teams look formidable on paper, and now their execution on the field will be one to watch out for.

There are a lot of fresh new faces in both the dugouts and we will be hoping that we witness a pulsating affair tonight. In this article, we take a look at the top 3 players to watch out for in tonight’s match:

Undoubtedly East Bengal FC’s biggest signing in this year’s transfer window, Brazilian striker Cleiton Silva will be the lynchpin of the Red and Gold Brigade. The 35-year-old played alongside talismanic Indian striker Sunil Chhetri last season in Bengaluru FC and netted 9 goals. He will be looking forward to the fresh new challenges and obstacles in the Kolkata-based club.

Spanish defender Victor Mongil forms the backbone of Kerala Blaster’s defence department. The 30-year-old was a part of Odisha FC in ISL 2021-22 and will be looking to lead the charge in the Kochi-based club. His height makes him quite intimidating and his body blocks are one to watch out for.