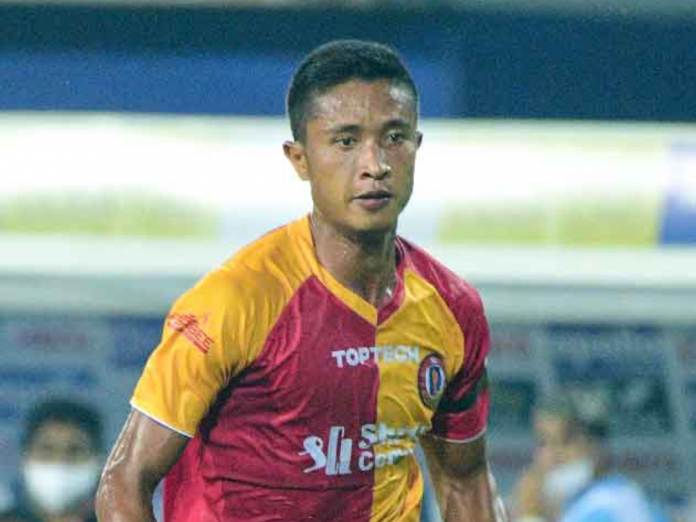 29-year-old Indian forward Semboi Haokip has been roped in by East Bengal FC ahead of the Indian Super League (ISL) 2022-23 season.

The forward from Manipur was a part of the Red and Gold Brigade in the last season as well. But after East Bengal parted ways with their previous investor, Haokip connection with East Bengal broke too. However, Emami group has signed him back and this most certainly bolsters the East Bengal attack.

Haokip scored 2 goals last season in the ISL in the 12 matches he played for East Bengal. Stephen Constantine would be happy to have Haokip in his side. Along with Cleiton Silva, Semboi Haokip will form a formidable force in the front for the Kolkata-based side.

Haokip previously has played for Bengaluru FC and scored 10 goals for them in the 38 appearances he had. He was an integral part of the Blues and was a formidable force to reckon with.

He has previously plied his trade for other big clubs such as Kerala Blasters and Salgaocar FC.

East Bengal presently are going through a torrid time at the Durand Cup 2022. Constantine’s men have failed to register a win in this campaign and have had 2 draws and 1 loss so far. They lost their 6th consecutive Kolkata derby against ATK Mohun Bagan on Sunday. Sumeet Passi’s own-goal caused the Red and Gold Brigade to lose the match.