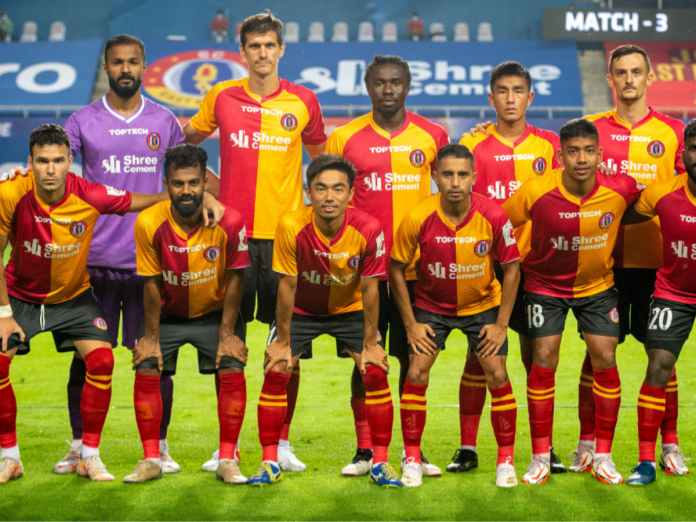 East Bengal FC are gearing towards a new beginning in the Indian Super League (ISL). With a new investor and new CEO in the form of Emami Group and Namrata Parekh, the Kolkata-based club is going through a complete makeover in the ISL.

After two disappointing ISL seasons, East Bengal FC would be keen to play well under their new head coach Stephen Constantine. Even though the Red and Gold Brigade failed to qualify for the quarter finals of the Durand Cup 2022, there were glimpses of improvement in the side.

In this article, we take a look at the predicted playing XI of East Bengal FC:

Goalkeeper Kamaljit Singh joined East Bengal FC from Odisha FC and is a superb keeper. The 26-year-old played in 12 matches for the Juggernauts last season. He had a terrific season with FC Pune City in 2018-19 and had made 59 saves in that season.

Along with Left-back Jerry Lalrinzuala and Right-back Mohammad Rakip, Ivan Gonzalez will complete the defenders of East Bengal FC. The 32-year-old Spaniard is one of the biggest names of ISL and had a superb season for FC Goa in 2020-21, where he helped the Gaurs reach the semi-finals. Jerry Lalrinzuala was the ISL Emerging Player award winner in ISL 2016 and is a key player to watch out for.

The midfield region of East Bengal FC is strengthened with the presence of Sumeet Passi and Brazilian midfielder Alex Lima. The duo will have to play an instrumental role and will have to be versatile in their approach. Midfielder SOuvik Chakrabarti has been signed in from Hyderabad FC and Australian footballer Jordan O’Doherty will be making his debut in ISL.

Brazilian Cleiton Silva has come in from Bengaluru FC and East Bengal did a fantastic job in signing him. Silva will be the backbone of this East Bengal team. He will be supported by Indian strikers Suhair VP and Balwant Singh.